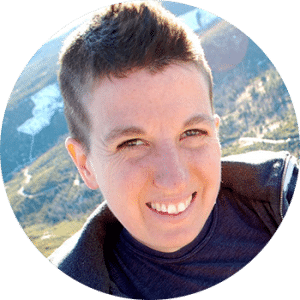 Two months ago, I was invited to attend a powerful convergence of people gathering to listen to prominent women leaders talk about psychedelics: the Women and Psychedelics Forum, hosted by the Chacruna Institute of Psychedelic Plant Medicines and held in San Francisco at the California Institute of Integral Studies. I was very honored and excited to be at this symposium, as someone who spends the vast majority of my time advocating for gender liberation, safer spaces for trans and non-binary people, and ensuring that healing opportunities are accessible to marginalized communities. I was deeply inspired to listen to so many powerful diverse women presenters talking about psychedelics in the context of gender, empowerment, and healing.

I was really moved by Sara Reed’s personal story of healing racial and gender wounds in her body through MDMA therapy. She talked openly about the struggles black women face from ancestral trauma to modern day racism and erasure, and how that oppression lives in her body and in all black female bodies. She describes being forced to hide pieces of herself for survival in this racist system and she raised the question, “what does denying part of yourself do to the psyche?”

Through her MDMA journey, she was able to open up and explore on a somatic level the trauma of race and do deep healing work inside of herself. Before hearing Sara speak, the vast majority of people I have heard talk about MDMA healing in a therapeutic setting were soldiers who are using MDMA as a means to heal PTSD. While I fully support veterans having access to a cure for PTSD, I think it is equally as important to give access to people who have PTSD from racism and sexism.

Very often marginalized people are left out of the conversation of psychedelic access. In general, people of color, women, and trans people are the last to receive access to many necessary healing resources. The psychedelic community has itself been pushed to the edges of society, often forced to operate underground or in the shadows due to issues of legality. Therefore, this community should be on the forefront of getting it right when it comes to giving access and resources to those most on the margins. That said, I still see plenty of work that needs to be done.

Therapists and practitioners of psychedelic healing need to be trained in the specialized needs of marginalized communities including queer, trans, POC, and any community that is not represented in the dominant paradigm. In addition to therapists being trained, there needs to be a clear path of access. This path needs to include a way for low-income people to access psychedelic healthcare. My goal as an inclusivity trainer and healer is to help facilitate these trainings for therapists and to help create pathways of access to those on the margins.

Another major issue in marginalized communities is drug addiction. Marginalized people are 30 percent more likely to battle with drug addictions than people in the dominant culture. The reason for this is because of the intense daily micro-aggressions and engrained trauma oppressed people face. In the psychedelic community, we need to address the issue of drug misuse and abuse and have a plan to aid those facing addiction.

Hearing Annie’s speech about creating safer party spaces combined with hearing Sara talk about the impact of racism on her body inspired me, for the first time ever, to openly write about a term I have coined called “psychedelic privilege.” This term is meant to address both the privilege in who has access to psychedelic therapy and the privilege in the context of recreational psychedelic use.

I believe we can not call ourselves healed, transformed, or “woke” if we only heal our personal trauma but are not working to heal the collective trauma. It is not enough to enjoy the benefits of personal healing through indigenous psychedelic medicine. If you are engaging with indigenous plant medicine you should also be engaging and organizing with indigenous people for liberation. To be clear, that level of work involves on-going commitment, trust- building, and showing up.

Psychedelic privilege in a social party setting looks like cis-men feeling completely safe to take a heroic dose while women, trans, non-binary, and gender non-conforming people are not safe to do so, and therefore those women and trans people end up being caretakers for cis-men on their heroic dose journeys

Psychedelic privilege in a social party setting looks like cis-men feeling completely safe to take a heroic dose while women, trans, non-binary, and gender non-conforming people are not safe to do so, and therefore those women and trans people end up being caretakers for cis-men on their heroic dose journeys. Statistically, those in a gender category outside of cis-men experience a higher rate of violence and especially sexual violence. If you are already concerned for your safety and well being at a party, it is not the best set and setting for a deep-dive psychedelic journey. This means, in social settings, cis-men are given more access to explore psychedelics, which gives them greater access to a healing experience, the ability to release control, have fun, and enjoyment. It also forces women and trans people into the caretaker role when a cis-man’s journey becomes challenging. It is a huge privilege to be able to enter a mind-altering journey without any fear of being sexually assaulted.

I am curious about the impact of carrying the fear that comes from living as a woman, trans person, or any marginalized gender identity on a psychedelic journey.

I am curious about the impact of carrying the fear that comes from living as a woman, trans person, or any marginalized gender identity on a psychedelic journey. How can a woman or trans person fully release and explore psychedelics in a party setting if safety is always a concern? Currently, even in parties that are promoted as safe, progressive, alternative, liberal, or open hearted, there are still incidents of gender-based violence, rape, and unwanted advances. We need systems of accountability and a shift in our attitudes around gender and consent. Party organizers and psychedelic leaders need to commit to working on creating safer spaces and doing the ongoing work of accountability and justice.

Taking psychedelics does not, in itself, mean that any justice or healing work has been done. Psychedelics can aid in a healing and justice journey, but they alone are not an antidote to oppression

Michelle Corbin spoke about the issue of cis-men taking psychedelics and then deciding this, in itself, means they are “woke” and healed from toxic masculinity. Taking psychedelics does not, in itself, mean that any justice or healing work has been done. Psychedelics can aid in a healing and justice journey, but they alone are not an antidote to oppression. Psychedelics need to be paired with therapy, justice work, deep commitment to ending oppression, and trainings on ending racism, sexism, transphobia, and homophobia for a real social shift.

There is no spiritual bypass or fast way to create justice and healing. It takes work, time, energy, effort, and deep social engagement to create real healing. A person cannot just take psychedelics and declare themselves liberated. If they do so, they have failed to see that liberation is not a personal experience; it needs to be a collective experience. For as Martin Luther King Jr. said, “Injustice anywhere is a threat to justice everywhere. We are caught in an inescapable network of mutuality, tied in a single garment of destiny. Whatever affects one directly affects all indirectly.”

If you are only taking psychedelics for yourself, then who are you?

If you are only taking psychedelics for yourself, then who are you? And if you are not actively working for justice in deep partnership with those on the margins—people of color, trans people, disabled people, low-income people, queer people—then are you really healing?

If you consider yourself a psychedelic healer, and you look around your practice and notice that the majority of people you are working with and healing are white, straight, or with access to resources, then you are missing the population with the greatest need for healing. This is bigger than just psychedelic science and healing: this is about love, justice, and creating the world we want to see.

If you identify as part of the psychedelic community, then you need to be at the forefront of justice and working for collective liberation; otherwise, the quest for ending PTSD, depression, anxiety, and any other mental unwellness will never be actualized. The very mental issues we believe psychedelics can heal are often linked to deep oppression. You cannot merely give someone a dose of medicine and expect a cure. That might work if we were just healing the physical, but in order to heal our minds and spirit, we need to actively participate in deep social justice work.

I hope this writing has inspired you to challenge your own psychedelic privilege and to tie the work of psychedelic healing to the work of racial and gender justice movements. Please know you are not alone in this work. There are movements and organizations that have laid the groundwork for generations. The psychedelic community can align and combine efforts with the justice movements that already exist. Imagine psychedelic healing that is deeply connected to Black Lives Matter, indigenous rights, climate justice, and gender liberation. Imagine how much stronger and more effective this healing would be. This world is possible. May this year, 2019, be the year we commit to psychedelic healing that empowers those on the margins and is rooted in justice.