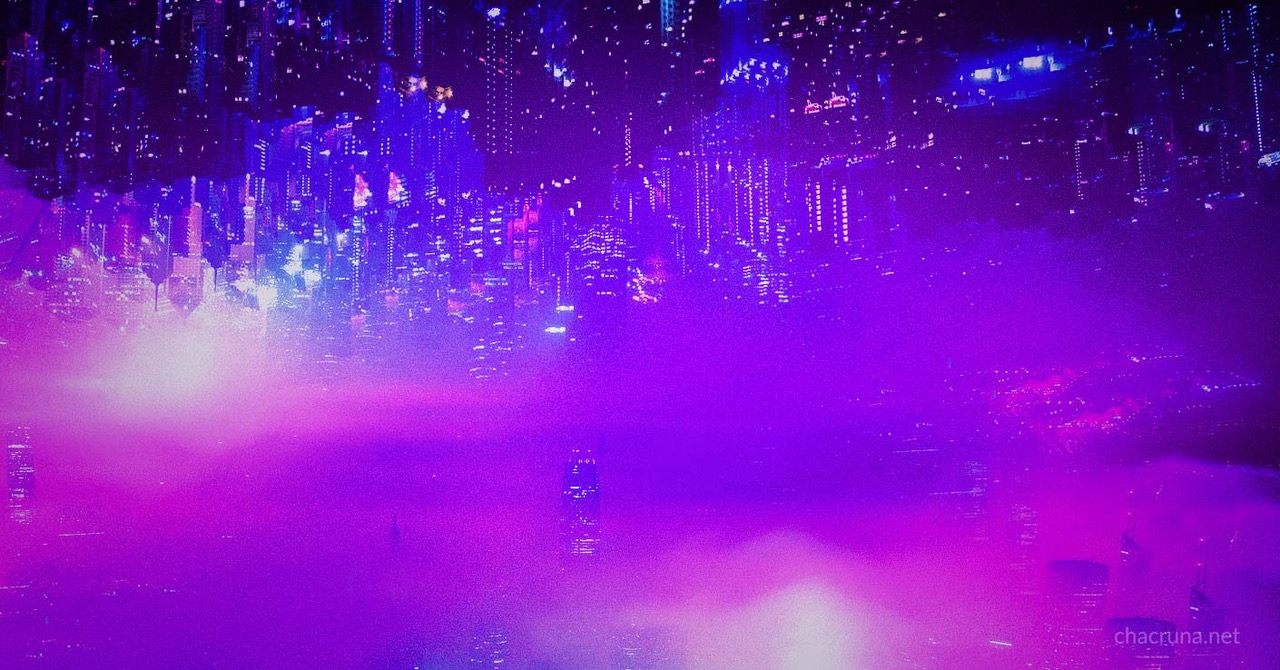 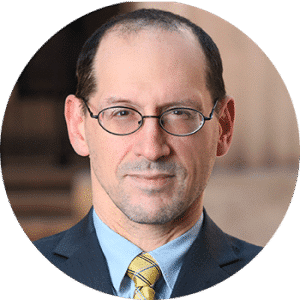 Noah Potter, J.D.
Noah Potter, J.D., is an attorney in private practice, a former chair of the New York City Bar Association’s Committee on Drug and the Law and the author of the Psychedelic Law blog. He is a member of Chacruna's Council for the Protection of Sacred Plants.

Psychedelic Markets of the Future

Discussions of legalizing psychedelics to date consist of more questions than answers. The medical model is insufficient but there have been few specific suggestions as to how to proceed. I propose some foundational principles.

a) “Legalizing a psychedelic” means legalizing the market in which it is bought and sold.

b) The first step in transcending prohibition is recognizing its thought constructs, starting with the “medical”/ “non-medical” dichotomy.

c) Designing the regulatory structure for a psychedelic market requires identifying risks that are inherent in the psychedelic, separating them from risks caused by prohibition, and projecting the aggregate effects on society resulting from greater use in different populations.

d) When the law considers a psychedelic botanical too dangerous to use as a medicine, but safe enough to use as a sacrament, designing a legal market should start with the best practices devised by people who have direct experience with the psychedelic.

Thinking of psychedelic legalization in terms of “market regulation” enables us to break the mega-question of “how should psychedelics be regulated” into a piece-by-piece examination of the different actors in the market and what they do. This paradigm should make policy change manageable.

A legal psychedelic market relies on civil law instead of criminal law. Some market participants will be licensed, and all will be subject to contract and tort law (such as product liability, medical malpractice, and deceptive marketing practices; also, consumers may be liable for personal injury or property damage caused while under the influence).

This perspective on sacred plants may seem crass. Law isn’t pretty, but it’s necessary to engage with its thought structures in order to change them. Also, market regulation is part of the human condition: much of human activity takes place in markets for food, shelter, land, information, labor, fuel, and so on. We have at least 10,000 years of experience in structuring markets.

Possible models for psychedelic markets include some or all of a) medical: access as prescription medications authorized by a licensed physician; b) therapeutic: access supervised by a non-physician mental health provider, e.g., a psychologist; c) sacramental: access supervised by a spiritual authority or other guide authorized within a belief system that secular courts recognize as a “religion”; d) membership association: access within a voluntary association with terms of membership, e.g., a collective or a club; e) consumer product: access through the equivalent of an alcohol retail store; and f) models which are beyond current conception. Any model must be tested. Certain models might authorize cultivation of psychedelic biologicals (a term that may be more appropriate than “psychedelic botanicals” because it includes fungi, animal-derived psychedelics, and their extracts).

In the criminal prohibition model, all activity in the market for a psychoactive substance, other than medical use and the commercial activity necessary to supply it, is subject to criminal penalties. This model took full form at the turn of the last century as an international treaty system directed to opioids. It evolved quickly to encompass almost all psychoactive substances.

When all activity relating to a psychoactive substance is criminalized except medical use, the only relevant question is whether there is a medical use. Opioids are not absolutely prohibited; they have an important use as pain-relievers. It is their use other than as authorized by a physician for a “medical purpose” that is prohibited.

The Sacramental Model is a Narrow, Non-Medical Exception to Prohibition

There is very little legal recognition of medical uses for psychedelics, but the sacramental model allows limited non-medical use of psychedelic botanicals. Courts—at least in the US—are not ready to recognize psychedelic use in general as sacramental. The model requires an individual to join an established belief system with a psychedelic practice that the state recognizes as a religion. It offers the ability to ingest only the psychedelic the religion considers a sacrament.

I concur entirely with Professor Charlotte Walsh in her recent article in Chacruna “How Should Plant Medicines Be Regulated?” that government approval of a medical use of a psychedelic plant will not legalize shamanic practices (let alone the whole market), and that shamans or other facilitators may be subject to licensing by the state. People who don’t want their participation in the psychedelic market to be regulated are out of luck, because all goods in commerce are regulated in some way. Even when people are not being regulated directly by government agencies, they can be “regulated” in private lawsuits. Those claims are presented to and decided by the court system, which is the state.

Perhaps the most critical factor in market regulation is assessing risks inherent in a product. Risk management choices include deciding whether to allow a product into the market and, if so, subject to what restrictions, e.g., age restrictions, licensing of distributors, warning labels, and ingredient-disclosure. Helicopters are legal to own; they can be exceptionally dangerous if misused so not everyone is allowed to pilot them.

The medical model is unique because the decision to allow the proposed medicine into the market requires showing that the product’s benefit outweighs its risks. There is no requirement to show that candy, soda, tea or coffee yield a benefit. They are allowed into their markets subject only to labeling requirements and controls if they are contaminated or spoiled. Alcohol and tobacco are highly risky products but are allowed into commerce without a showing of benefit and with only minor risk controls, such as potency limits and age minimums for purchase and consumption.

Quantifying the Risks in Psychedelics

There are still severe stigmas associated with psychedelics. (Even cannabis legalization is subject to strong resistance.) A viable campaign to create a model of non-medical access to a psychedelic other than sacramental will require projecting the health consequences of its use, the impact of increased use on public safety and, ultimately, the budgetary impact of each proposed market model: how much it will cost the taxpayers. Of course, a showing that increased access could yield societal benefits, such as the recent reports that ayahuasca use can reduce recidivism and that opioid overdoses decrease where cannabis is legal, ought to help the cause. Quantifying the inherent risks allows us to formulate a system that most effectively reduces them. Each substance requires a separate analysis, since each substance has its own risks.

Certain aspects of psychedelic biologicals set them apart from synthetics. I want to focus on one that begins with risk and arrives at Professor Walsh’s argument (I paraphrase) that the starting point of risk assessment must be the knowledge of those who have used and administered psychedelic biologicals, especially when done in the context of an established spiritual tradition.

Panelists at a recent program on the legal history of psychedelics in New York discussed the standards governing medical use of psychedelics and those governing sacramental use. The discussion showed that the intended use of a psychedelic botanical affects how the law perceives its risks.

Anyone proposing use of DMT for a medical purpose must show that it is effective for that purpose and that it is safe. As a sacrament, the situation is reversed. In a U.S. Supreme Court decision, the União do Vegetal case, the Court stopped the DEA from interfering with the use of ayahuasca, which contains the Schedule I psychedelic DMT, by the União do Vegetal church. It stated that, in order to interfere with the sacramental use, the government needed to prove that ayahuasca is too dangerous to use; and it failed to do so. In that very limited context, the consumer no longer bears the immense burden of demonstrating there is a medical use – the issue just disappears. Even more important is that the consumer no longer bears the immense burden of demonstrating that the psychedelic’s benefits outweigh its risks; instead, the government bears the burden of proving that it’s too dangerous to use. Under federal law the psychedelic is not safe enough to use as a medicine but it’s safe enough to use as a sacrament.

The lack of a requirement to show efficacy of a sacrament is easy to understand: courts shouldn’t determine whether a psychedelic botanical actually causes a religious experience. The question of how risk can vary is different. The substance is either inherently dangerous or it isn’t, right? How can it be too dangerous to use unless medical authorities determine it’s safe but also safe enough that it can be used in religious ceremonies?

The admission that a psychedelic botanical can be used safely at the discretion of a person other than a medical professional leads to two conclusions. The first is that a guide within a religion with a psychedelic botanical sacrament must have insight into the use of the psychedelic that is superior to that of biomedical professionals; the reason being that the guides already know how it can be used safely. If so, then the knowledge acquired through personal experience independent of biomedicine should be incorporated when formulating psychedelic market regulation.

The second is that if the law recognizes one category of people who know a psychedelic botanical well enough to supervise its use safely—even without medical training—then perhaps there are other categories of people whose direct experience with the psychedelic is sufficient to develop best practices that are effective in mitigating risk. If so, then formulation of the regulatory system should also recognize their experience.

The first task in creating legal access to psychedelics, other than through medical and sacramental exceptions to prohibition, is identifying prohibitionist paradigms. I have identified the medical/non-medical dichotomy as the basic mechanism of the criminal prohibition model; the sacramental model is less relevant because it is highly restricted in the manner described above. I propose deconstructing the dichotomy and splintering the “non-medical use” construct into an array of sub-market models in a legal market for psychedelics.

The movement towards psychedelic legalization is the result of work by people in the psychedelic community; people who have personal knowledge of the risks and benefits of psychedelics. That knowledge must be used in designing future psychedelic markets.

Gregory Wells, PhD is a a graduate of the University of Texas at Austin and currently works as a psychologist in private practice...