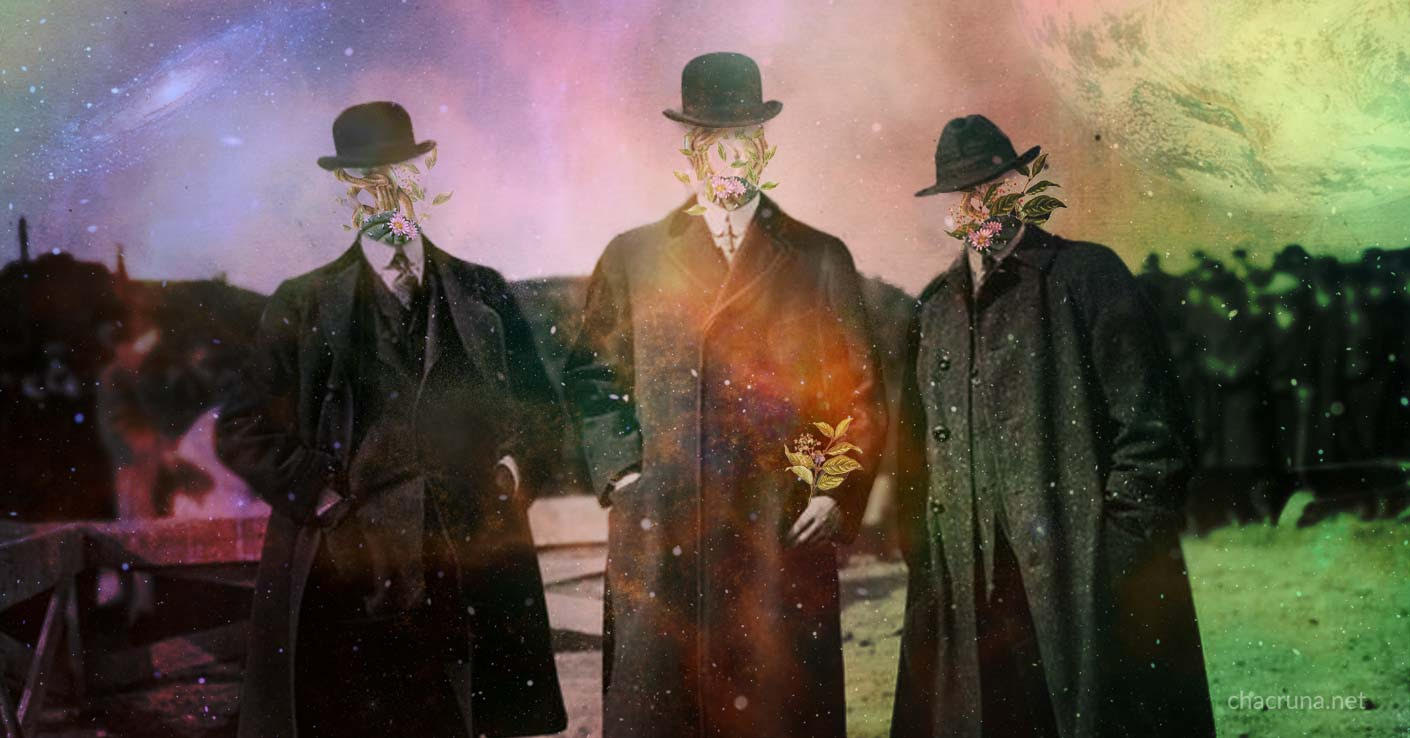 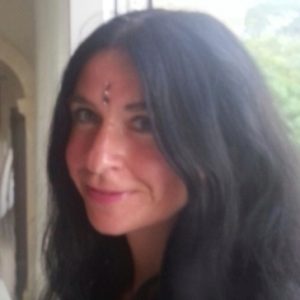 Charlotte Walsh, MPhil
Charlotte Walsh is a legal academic at Leicester Law School. Her writings and talks challenge the drug laws as they pertain to psychedelics from a liberal, human rights-informed perspective.

While many of us in the psychedelic community are clear that plant medicines shouldn’t be criminalized, there is less agreement regarding what might replace the system of prohibition. These substances are typically ingested in a ceremonial or therapeutic context. If prohibition ends, will all the underground healers and shamans simply be able to emerge blinking into the light of legality, continuing with their work as before, minus the looming threat of criminalization?

Obviously, this will depend upon the system of regulation that’s implemented to replace prohibition, but—unless we’re very careful in how we approach this—probably not; or, certainly not without jumping through a lot of hoops. If a substance such as, say, ayahuasca, is being drunk in ceremony for healing, there’s a strong possibility that, even if the criminal prohibitions are removed, it will become subject to stringent medical regulations: Those of us who live in the West (and beyond) don’t live in societies where just anyone can give out “unproven” powerful substances. There’s a reason that, in the US, the MAPS organization is spending all that time and money doing what they’re doing, getting psychedelics recognized as approved medicines, rather than simply campaigning for the end of prohibition.

If subsumed by the medical model, or something akin to it, these plants will have to be tested for safety; presumably, to pharmaceutical standards. As an interesting question:  tested on whom? Non-human animals? And what do you think about that, as psychedelic people? If they’re being administered therapeutically, it may also be necessary to prove that they do what we’re claiming they do. What, exactly, is it that we’re claiming they do? Do we agree on this, and is it something that can be easily defined and demonstrated scientifically?

Of course, a lot of this work is already in progress. However, there are many people who feel that shamanic healing can’t easily be pinned down by the scientific method. Ceremonies are certainly not conducive to having their power captured by randomized controlled trials in clinical settings, not least because they often involve many different strands and components of healing, way beyond the central medicine: complementary substances, chants, drumming, the communal experience, the all-important relationship between shaman and participant, and so on, so separating out what’s “working” is no easy task.

Plant medicines are part of a process that continues as you integrate the lessons you’ve learned from them into your life. Unlike with most Western medicines, this isn’t a passive process—sitting back and waiting for the pill to do its magic—but, rather, it takes work. A large part of whether you fulfill your intention for having drunk ayahuasca, for instance, is down to you. Benefits unfold over time, in ways that are perhaps surprising and often difficult to trace, as energetic systems are reconfigured as part of a journey that lasts a lifetime.

In order to gain credence, let’s be wary of trying too hard to fit into a Western biomedicine model that—for all its amazing achievements— hasn’t been terribly successful when it comes to dealing with psychological issues, and remains largely unconcerned with spiritual ones. There are different cosmologies at play here, different ways of knowing or, indeed, with being cool with not knowing!

In order to distribute them, once substances have been “proven,” shamans will probably need some sort of license. Who will be in charge of the licensing system and what will it entail? In terms of participants, who will be screened out and who will decide this? It’s almost inevitable that prohibitions will remain in place, for instance, regarding children taking these substances. Maybe that sounds uncontroversial, but there’s certainly involvement of minors in some ceremonies at the moment and, indeed, traditionally, in indigenous ceremonies. What about those with mental health issues? Will they be excluded from participating? Again; practices vary, but ceremonies and healing sessions, almost by definition, tend to involve those with issues in this realm, to greater or lesser degrees, if only by virtue of the fact that they’re attended by humans!

The point I really want to emphasize here is that there are lots of traps to dodge, even were prohibition to end, if we want to avoid jumping straight out of the frying pan of criminalization into the fire of overly-stringent regulation. A lot of people who currently operate in the underground, doing incredible work, may be frozen out by a system of strict regulation if its requirements are prohibitively expensive and exceptionally tricky to comply with.

As an important aside in thinking about regulation, and potential resistance to it: it’s worth acknowledging that there are people of great integrity who don’t want stringent regulation, because they believe it will upset the alchemy of the transformational processes they’re engaged in; that shamanic ceremonies will lose some of their magic if forced into the box of Western biomedicine; and there are those who don’t want such regulation when, actually, it’s arguable that they might benefit from more rigorous oversight of some kind!

So, what’s the alternative? I think a lot of people secretly just want decriminalization; to put it bluntly, to be left the fuck alone. Decriminalization entails repealing the prohibitive drug laws, without simultaneously bringing in a replacement system of compulsory regulation. However, those involved in any kind of commerce involving plant medicines—importing, distributing, and so forth—would nonetheless be subject to the same laws of the land as anyone else; such as, for instance, a substance having to be what it is claimed to be. I suspect many people want decriminalization but are reticent to say so, believing—perhaps with good reason—that we have to give concessions in order to get them. In my ideal world, decriminalization would be accompanied by the rise of practitioner groups, drawing up their own good practice guidelines, their own protocols, that could then be voluntarily ascribed to: a bottom-up, rather than a top-down model, shaped by those who know what they’re talking about.

Indeed, the psychedelic underground is already self-regulating in a disparate way, and more collaborative models of self-regulation exist and are in the process of being developed yet further. The organization Drug Policy Alliance (DPA) has done some surveys about public perception of psychedelics, and institutions like the Beckley Foundation, the Heffter Institute, and MAPS, alongside the chacruna.net site, have promoted dialogues around the use of psychedelics. ICEERS is an example of a collective doing a great job of laying the foundations for a future of self-regulation in the realm of plant medicines, which includes what I consider to be many of the most important planks, focusing on: protecting plant medicine practices, studying and promoting public policy based on scientific evidence and human rights, and working creatively towards integrating plant medicines as therapeutic tools in contemporary society.

As anthropologists have long argued, any model of best practice will hopefully extend beyond the parochial, drawing from the many lessons that indigenous societies have to teach us regarding the cultural regulation of psychedelics, along with addressing sustainability issues: the deforestation and over-exploitation concerns that come with the upsurge in use of, for instance, ayahuasca; thinking about the impact that developments in the global North are having on the global South, on human and non-human animals, on plants, and on eco-systems, and what we might do to best mitigate any harms that arise. If the psychedelics teach us anything, it is perhaps, through the felt experience of oneness, to expand our circles of concern.

So, my preferred model is for plant medicines to be decriminalized and, where used in ceremony, to be treated as complementary and alternative therapies currently are; in other words, to avoid statutory regulation, being governed by professional collectives instead. Considering that the differentiating factor between substances such as ayahuasca, iboga, peyote, mushrooms, and most complementary and alternative therapies, is that these substances are psychoactive, often powerfully so, with effects that far surpass placebos, how realistic is it to hope that they can be self-regulated?

Framing is important: so, for instance, if we present these plants as power plants that help us fulfill our potential, rather than as medicines, might we avoid both the stringencies of medical regulation and allegations of quackery? Or is that overly optimistic? On the one hand, it’s important to think about the sort of society that we actually live in and what’s feasible; on the other, it’s also crucial to have a clear vision of the sort of society that we want to live in; the visionary plants might help us with that. We don’t stand any chance of fulfilling our vision of the best possible future if we don’t have the courage to even articulate it, giving up before we’ve even begun. To have hope is both radical and vital.

It’s also important to remember that change will most likely come incrementally and be driven from below, with informal best practices emerging either out of the underground or from grass roots initiatives, which are then, perhaps, formalized in some way, once they’ve proven themselves. Indeed, it’s through this route that we’ve seen some of the most notable successes in drug policy more generally in recent years. Think of the underground use—then overground acceptance of—medical marijuana in the US; cannabis clubs in Spain, sprouting up at local level through the loopholes in the law, now moving towards being formalized; and drug testing at festivals in the UK, an essential initiative rejected as a national policy, but happening increasingly through local arrangements.

All of these developments act as crucial reminders, as if any were needed, of the power of underground movements, and of the fact that we don’t need to wait for permission from above to effect transformation from below. We need a clear, collaborative vision of what self-regulated best practice with plant medicines would look like, and to live in to that.

“Please Write Up Your Work!”: Laura Archera Huxley as a Psychedelic Pioneer