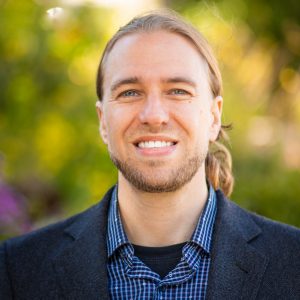 Since entering our current climate of shelter-in-place order and social distancing induced by the COVID-19 global pandemic, I have witnessed our unprepared health care system being stretched to its max and beyond and, frankly, bursting at the seams. These days, I find myself imagining often what a healthcare system in an enlightened society would look like. Perhaps, one day, we might prioritize the uniquely personal healing process over elaborate medical procedures, excessively expensive medication cocktails, or myopic seeking for “the cure.”  In these reveries, I see the human race awakening to the incredible potential of a much more exquisite, refined, and empowering healing modality; namely, our inner healing intelligence, and the promise of psychedelic psychotherapy as a powerful technology for catalyzing this process.

In this article, I want to make the case for psychedelic therapy and, more specifically, ketamine-assisted psychotherapy (KAP), as a reliable technology for accessing our inner healing intelligence and non-ordinary states of consciousness (NOSC), exploring other dimensions of human consciousness, facilitating profoundly transformative experiences, and ultimately ushering in a new paradigm of healthcare and healing that we sorely need; now, more than ever. I will use the example of ketamine-induced near-death experiences (NDE’s) to illustrate these claims.

A recent study published in Science Direct, looking at over 15,000 self-reports, found that the use of ketamine, over all other psychedelic compounds, most frequently led users to have NDE’s (followed by salvia in second and peyote in third)

The potential for ketamine to replicate NDE’s has been supported by research. A recent study published in Science Direct, looking at over 15,000 self-reports, found that the use of ketamine, over all other psychedelic compounds, most frequently led users to have NDE’s (followed by salvia in second and peyote in third). “After assessing the semantic similarity between 15,000 reports linked to the use of 165 psychoactive substances and 625 NDE narratives, we determined that the N-methyl-D-aspartate (NMDA) receptor antagonist ketamine consistently resulted in reports most similar to those associated with NDE’s.” The authors go on to suggest that “ketamine could be used as a safe and reversible experimental model for NDE phenomenology”1

People having these experiences often report moving through vast space or toward a light, approaching a threshold of deep significance, and accessing feelings of bliss, euphoria, and deep peace.

Before exploring the implications of these findings, let’s step back and look at the phenomenology of higher-dose ketamine psychotherapy sessions. In combination with a safe, supportive, and therapeutic set and setting, ketamine seems to allow access to NOSC, particularly of the non-local kind, e.g., NDE’s, out-of-body experiences (OBE’s), and ego-dissolving transcendental and mystical experiences. People having these experiences often report moving through vast space or toward a light, approaching a threshold of deep significance, and accessing feelings of bliss, euphoria, and deep peace.

“High-dose experiences may include the following characteristics:
Ecstasy and leaving one’s body
Sense of transcending normal time and space
Awareness of becoming a non-physical being
Emotionally intense visions (e.g., of decreased, “angels,” “spirits”)
Encounters with archetypal beings (e.g., Christ, Buddha, Krishna)
Encounters with non-terrestrial beings
Visits to mythological realms of consciousness
Re-experiencing the birth process
Vivid dreams and memories of past or future incarnations
Experience of psychological death and rebirth of self (i.e., near-death experience)
Feelings of ego dissolution and loss of identity
Experience of reliving one’s life
Deep feelings of peace and joy
Sense of sacredness, feeling interconnected with all people and nature
Feelings of cosmic unity with the universe and God
Profound sense of ineffability of the experience
Noetic quality of experience: Intuitive belief that the experience is a source of objective truth about the nature of ‘absolute reality’”2

So why would someone want to have these experiences and how might these experiences expedite healing? It seems that ketamine-induced NDE’s can have a powerful impact on one’s perspective on self, world, and others, much like immersion in a foreign culture can facilitate a shift in perception and, even, values. Kolp3 state that they may “…facilitate stable recovery by accelerating patients’ psycho-spiritual growth and broadening their worldviews. In addition to bringing an insight into one’s existential problems, the NDE can also generate a spontaneous resolution of the patient’s addictive illnesses, psychological problems, and personality disorders. These experiences can also generate a spontaneous spiritual conversion and a dramatic improvement in moral character”.4 Shayla Love5 also observes, “People come back from them less afraid of death, and sometimes more altruistic and concerned about others”6

Furthermore, NDE’s may prove useful and therapeutic in the context of suffering from a terminal illness and anxiety about dying. Kolp7 notes that there are “…numerous anecdotal accounts of patients who had a spontaneous remission of their illnesses (some of them were even classified as “terminal”) after their NDE…”.8 In her recent article in Tonic, reviewing the previously cited study,9 Love10 discusses the implications of reliably being able to induce an NDE for those who are dying: “Being able to reliably reconstruct an NDE could help people cope with terminal illnesses—a single dose of psilocybin was found to help people with advanced cancer grapple with their death-related anxiety. Perhaps ketamine, if it more closely simulates an NDE, could prove to be an effective choice as well”.11 To this end, Dr. Phil Wolfson has proposed a research project using ketamine to treat end-of-life anxiety: Research Protocol for Life Threatening Illness/End of Life Ketamine Assisted Psychotherapy.

While more research clearly needs to be conducted, it is my strong belief that ketamine-assisted psychotherapy (KAP), with its emphasis on set and setting and creating conditions conducive to having transpersonal experiences, is a uniquely suited treatment modality to facilitate therapeutic NDE’s

While more research clearly needs to be conducted, it is my strong belief that ketamine-assisted psychotherapy (KAP), with its emphasis on set and setting and creating conditions conducive to having transpersonal experiences, is a uniquely suited treatment modality to facilitate therapeutic NDE’s. At our clinic in San Francisco, Polaris Insight Center, we believe that the psychotherapy—and the relationship with a caring, attuned therapist—is the container that holds and supports the experience. Ambient music, eyeshades, and a comfortable living room environment serve to support the patient in connecting to—and staying with—their inner process. I have been deeply moved and amazed by the progress I have witnessed in my patients since introducing psychedelic medicine into my practice in 2016, and I believe that this pioneering work with ketamine and KAP will play an important role in psychotherapy and palliative care in the future.