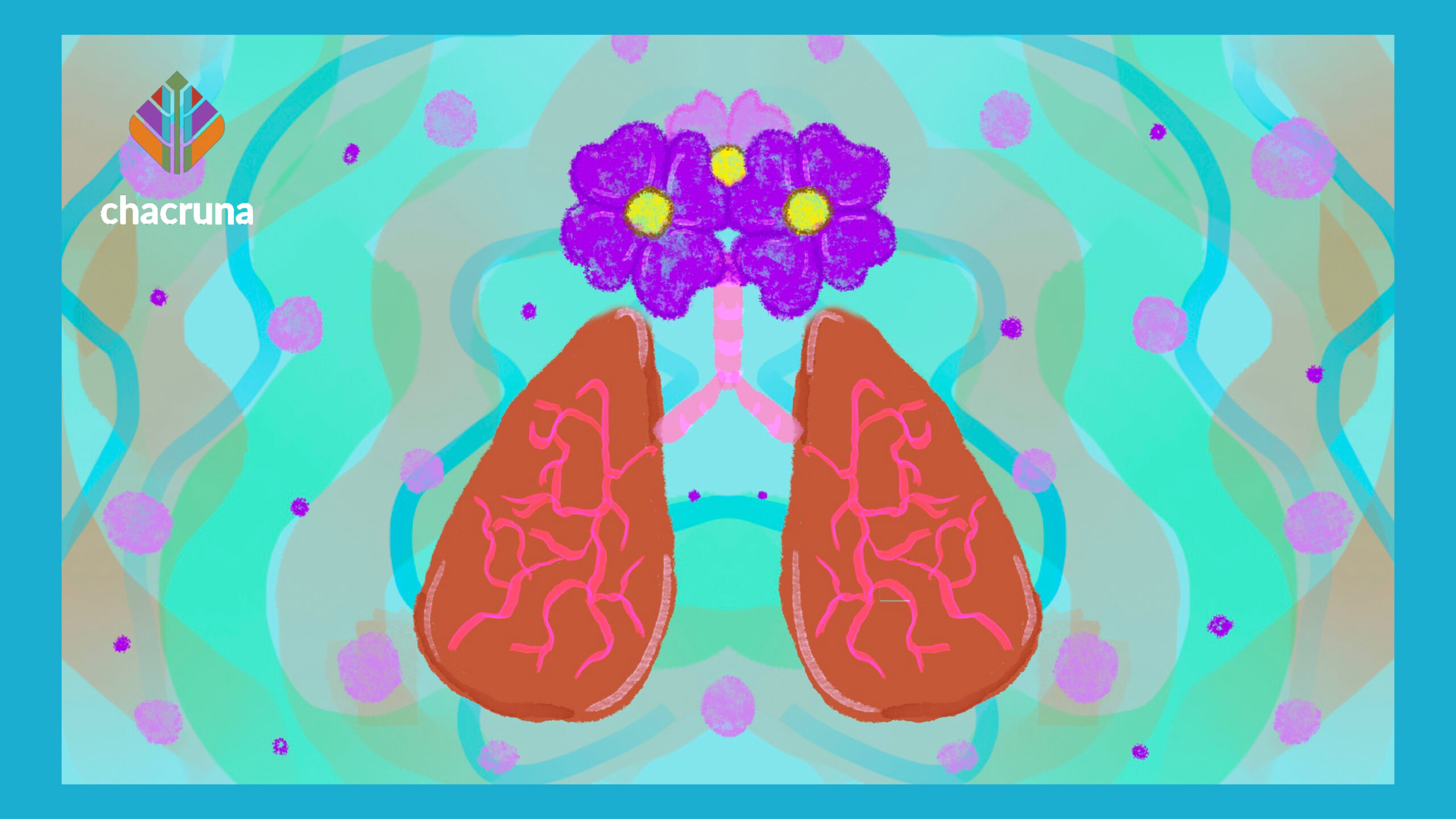 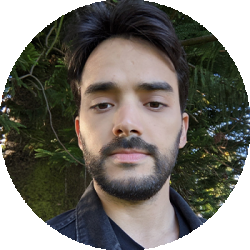 “I felt my lungs were very heavy, and I made a cleansing with a lot of ashes and a terrible taste of ashtray. One week later, I completely stopped smoking.”

These words are from a participant in research indicating that the use of ayahuasca in ceremonial settings has therapeutic potential for smoking cessation. In this study, we found that the mystical experience induced by ayahuasca and the frequency of ayahuasca intake is associated with higher chances of stopping smoking.

Under the supervision of professor Luís Fernando Tófoli, I carried out this research at UNICAMP with the collaboration of the biologist Lucas Maia and the physician Carolina Massarentti. We investigated the characteristics of people who quit or reduced cigarette use after undergoing one or several experiences with ayahuasca (Daldegan-Bueno et al., 2022).

Before discussing the research itself, it is essential to contextualize the subject. In addition to high blood pressure, smoking is the most significant risk factor for premature death worldwide. In 2015, smoking was responsible for almost 12% of all global fatalities, causing approximately 6.4 million preventable deaths. In this same year, approximately 1.5 billion people smoked, corresponding to 20% of the global population. Interestingly, it is estimated that half of the people who smoke would like to quit (Global Burden of Disease, 2016; World Health Organization, 2019)

One of the growing trends of psychedelics research is their potential to assist addiction treatment. While research on smoking addiction in the biomedical area is still scarce, there is a growing number of studies, with particular interest in psilocybin, the substance present in “magic mushrooms.”

A study performed at John Hopkins University identified a success rate between 70% and 80% in people who received psilocybin as an auxiliary substance to an intervention aimed at smoking cessation (Johnson et al., 2014). These results are promising, especially considering that the available treatments display a success rate of only 30%. However, the evidence level of this study is still weak, given that there was not a control group in which a substance without effect (placebo) was administered for comparison.

In Brazil, there are several reports of people who quit smoking after experiencing ayahuasca.

Another substance of interest for smoking cessation is the Amazonian-originated brew ayahuasca. In Brazil, there are several reports of people who quit smoking after experiencing ayahuasca. Additionally, some preliminary studies suggest that the ritualistic use of ayahuasca is related to lower drug use, including cigarettes.

In this context, we performed a cross-sectional survey through an online questionnaire with people who stopped or reduced smoking after ayahuasca experiences. We collected data such as sex, age, educational level, history and pattern of cigarette use, personal history with ayahuasca, and relevant details regarding the most important experience with ayahuasca that contributed to quitting or reducing smoking. Due to the demonstrated relationship between mystical experience and several positive behavioral changes (Barrett & Griffiths, 2018), we hypothesized that the intensity of mystical experience under the effect of ayahuasca could assist smoking cessation. Therefore, participants also answered the Mystical Experience Questionnaire, using the most important experience for smoking cessation as a reference.

At the end of data collection, 441 participants were divided into two groups based on their self-reported smoking attributes after the ayahuasca experience: people who quit smoking entirely and those who reduced cigarette use. This division allowed the comparison of each group’s characteristics and the investigation of factors related to quitting instead of only reducing smoking habits.

Generally, the group who quit smoking had a more intense smoking history than the group who reduced smoking: they started smoking at an earlier age, smoked more cigarettes per day, smoked for a more extended period, and had a higher level of dependence.

To investigate which characteristics influence participants’ chances of belonging to the group who quit smoking, we used a statistical model that allows controlling for information that can affect the results. In this model, we included information concerning cigarette use, ayahuasca use, the score of mystical experience, and sociodemographic information.

It is possible to say that among our participants, having had a mystical experience and consuming ayahuasca more frequently were factors that favored abandoning smoking.

In accordance with our hypothesis, we identified that the higher the mystical experience intensity during the ayahuasca experience, the higher the chances of quitting instead of reducing smoking. Moreover, we identified that drinking ayahuasca every two weeks, compared to less frequent periods (e.g., once a month), also increased the chances of quitting smoking. It is possible to say that among our participants, having had a mystical experience and consuming ayahuasca more frequently were factors that favored abandoning smoking.

While our results support the hypothesis of mystical experience as one of the mechanisms responsible for ayahuasca’s therapeutic potential for addiction, they also suggest that other mechanisms are involved since the frequency of ayahuasca use was an important protective factor.  It is possible to consider several mechanisms through which ayahuasca may have therapeutic effects. These mechanisms can, in general, be classified into three categories: a) physiological effects of the substance in the body, such as decreasing inflammation and increasing neural plasticity; b) subjective and psychological effects, such as increasing consciousness regarding a specific matter and the occurrence of mystical experience; and c) effects related to the context (or setting), such as the type of ritual being performed and, specifically in ayahuasca’s case, contexts involving a ritualistic or religious use of the substance (Bogenschutz & Pommy, 2012). The diverse therapeutic mechanisms of ayahuasca could, in theory, act repeatedly, due to its recurrent use.

Using thematic analysis, we identified eight themes related to the ayahuasca experience and to the process of quitting or reducing smoking. Some of these themes, such as “spiritual experience” and “unspecific or ineffable experience,” had similar contents to those described in mystical experiences. Some examples of the themes identified include:

Acquired awareness: Insight related to smoking, leading to an increase in self-care. This theme included reasons that lead to smoking, understanding the importance of physical health, and impairments caused by cigarettes.

Purging: Experiences of physical and psychological cleansing, usually accompanied by vomit and diarrhea. These experiences usually happened along with sensory manifestations, such as excretions with the color, smell, and taste of ashes.

Spiritual experiences: Experiences related to the metaphysical world, including contact with entities who brought healing, and consciousness about death and its relationship to smoking cessation.

It is essential to highlight that our study did not investigate the prevalence of people who quit smoking after an experience with ayahuasca, since we directed the research toward a specific group of people who had quit or diminished smoking. Therefore, the generalization of our results must be made carefully.  In sum, this research adds evidence for psychedelics’ therapeutic potential to support smoking cessation treatments using mystical experience as a mechanism to relieve addiction, highlighting the importance of continuing the investigation of the relationship between psychedelics, addiction, and their mechanisms and potentials.

Anonymous Letter to Conservative Masters of the UDV

The Misfortune of Right Wing Psychedelia in Brazil 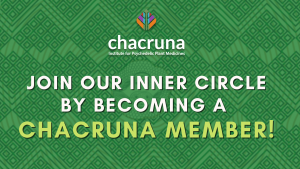