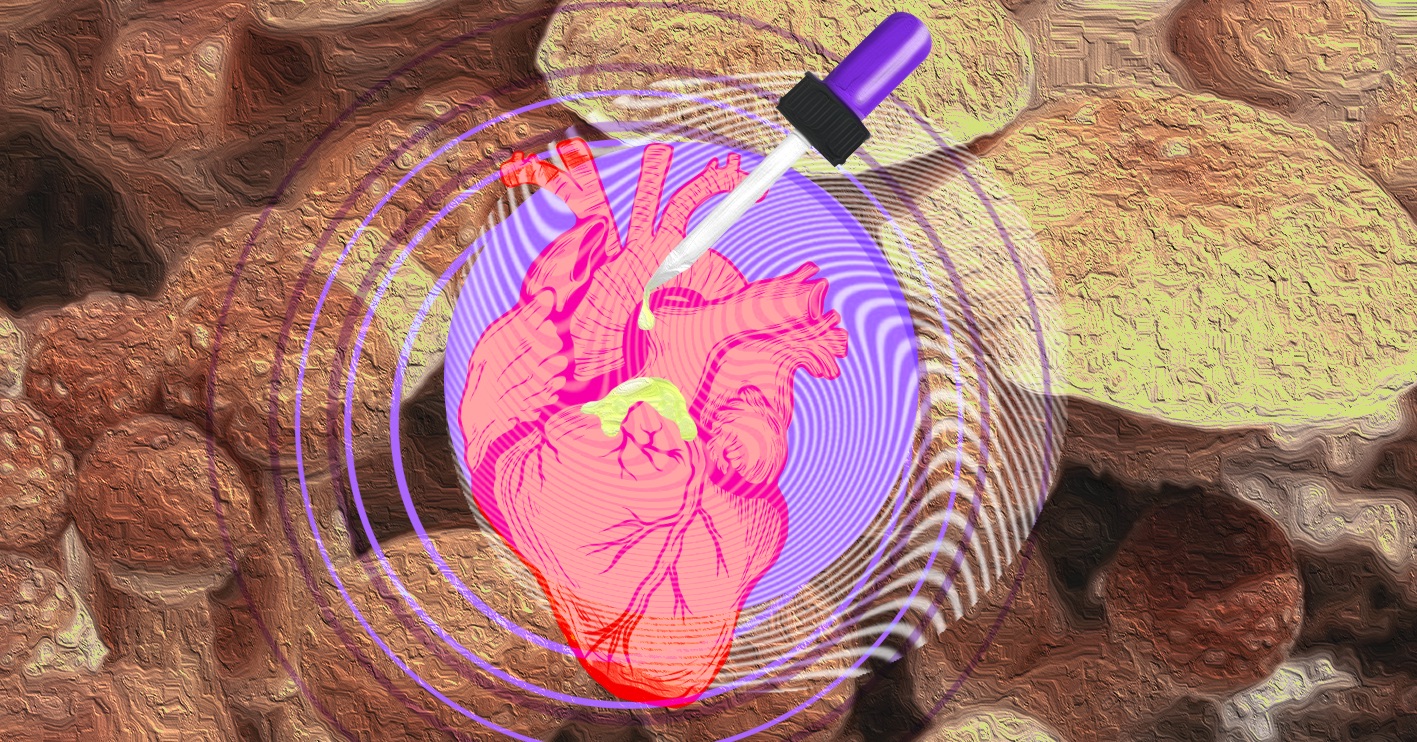 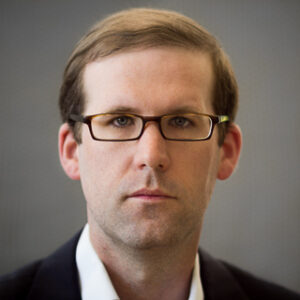 While there has been very promising evidence of safety and effectiveness for psychedelics after a few acute macrodoses in clinical trials, the risks and benefits of chronic microdosing still remain largely unknown.

There is no shortage of media hype surrounding microdosing psychedelics at the moment, but buyer beware because chronic use could literally end up breaking your heart. While there has been very promising evidence of safety and effectiveness for psychedelics after a few acute macrodoses in clinical trials, the risks and benefits of chronic microdosing still remain largely unknown. As a board-certified psychiatric pharmacist, one of my primary responsibilities is to educate clients about psychotropic medications so they can evaluate the risks and benefits to make informed treatment decisions. After spending some time researching this topic in detail, I became concerned about the potential risk of valvular heart disease (VHD) due to chronic psychedelic-induced changes of heart valve cells via serotonin 2B receptor (5HT2B) activation. I will outline my reasons for these concerns based on the limited evidence currently available.

Receptor activation: 2B or not 2B?

There have been several FDA-approved medications with 5HT2B receptor activation withdrawn from the US market due to the risk of VHD with heart valve thickening and murmurs: Fen-Phen (fenfluramine/phentermine) and Redux (dexfenfluramine) in 1997 and Permax (pergolide) in 2007. Roughly 25% of patients taking these medications daily developed new onset VHD according to incidence statistics from the medical literature (Hutcheson, Setola, Roth & Merryman, 2011). This is a troubling statistic, since the psychedelics LSD and psilocin (psilocybin’s active metabolite) most frequently used for chronic microdosing also bind to the 5HT2B receptor, in addition to their better-known acute “psychedelic” 5HT2A receptor effects (PDSP certified data, n.d.; Knight et al., 2004).

Isn’t the dose too low to cause an adverse reaction?

If there is any perceptible benefit from microdosing, then this would imply some receptor activation, and therefore both desirable and undesirable receptor effects are possible. The most common way to experimentally measure how tightly a drug binds to a receptor is called binding affinity (Ki), with lower values indicating a stronger receptor affinity. The binding affinities for 5HT2A and 5HT2B receptors are both equally strong for LSD, while psilocin actually has a relatively stronger affinity for 5HT2B than 5HT2A (see below) (PDSP certified data, n.d.; Knight et al., 2004). These strong binding affinities for both 5-HT receptor subtypes suggest that both drugs would have effects even at very low doses.

Why do people with books or websites about microdosing think it is safe?

A recent microdosing critique and commentary article by Kuypers et al. (2019) raised this VHD safety issue and cited a landmark publication by Connolly et al. (1997), which instigated the Fen-Phen FDA warning and subsequent market withdrawal since 5 out of 24 cases of fenfluramine/phentermine-induced VHD required heart surgery (Kuypers et al., 2019; Connolly et al., 1997). This Kuypers et al. (2019) article also had corresponding commentaries with counterarguments by Dr. Passie, a psychiatrist who wrote a book on microdosing, along with Drs. Fadiman & Korb, clinical psychologists who published a website about microdosing (Kuypers et al., 2019). I will present their counterarguments along with an explanation of why I did not find them particularly reassuring.

Dr. Passie mentioned “the studies of Bender and Sankar (1968) in the 1960s involved doses of 100 µg LSD for up to 35 months on a daily basis without any observable damage. However, their methods of investigation might not have been sensitive enough to detect damage” (Kuypers et al., 2019, p. 18). This study cited actually investigated chromosomal breakage and found no significant chromosomal damage in 7 children (aged 7-11) with schizophrenia taking 100-150 µg LSD daily for 5.5 to 35 months, but authors did not report measuring any heart safety monitoring parameters (Bender, Sankar, Irwin, & Egozcue, 1968). Dr. Passie also suggested that “if a valvulopathy is detected in a patient, in all cases it disappears within a short time after stopping the medication” (Kuypers et al., 2019, p. 18). However, in the Graham (1967) article he cited on methysergide-induced VHD, there were actually 12 patients with systolic murmurs and only 5 improved, while the other 7 remained the same after stopping the medication (Graham, 1967). This article also described 2 cases of methysergide-induced valve lesions that required open heart surgery and one of these patients actually died the day after valve replacement surgery (Graham, 1967).

Drs. Fadiman & Korb cited another fenfluramine-related statistic from Hutcheson et al. (2011) stating “norfenfluramine was found to be two orders of magnitude more potent at 5HT2B and 5HT2C receptors compared with 5HT2A receptors,” (p. 16) which was based on measuring half maximal effective concentration (EC50) values for phosphoinositide hydrolysis; just one of several possible lab experiments used to measure receptor activity (Hutcheson, Setola, Roth & Merryman, 2011; Kuypers et al., 2019). However, in a more recent FDA regulatory forum review article, a drug’s 5HT2B Ki was considered a better predictor of VHD risk than EC50 values; particularly a drug’s 5HT2B Ki relative to serotonin’s 5HT2B Ki (Papoian et al., 2017). In one of the most comprehensive receptor binding studies to date, which tested D-LSD, D-norfenfluramine, and serotonin for both 5HT2A and 5HT2B affinity, the Ki values (calculated from pKi and expressed in nM below) were as follows (Knight et al., 2004):

Therefore, this Ki value data showed that D-LSD and psilocin had an even stronger 5HT2B affinity than serotonin at the same receptor, which suggests that chronic LSD or psilocybin dosing may potentially have an even greater risk of VHD than norfenfluramine.

Drs. Fadiman & Korb also stated, “Doses of Fen-Phen used in the 1980s and 1990s far exceed the doses used in microdosing, seemingly resulting in several orders of magnitude more activity at the receptors,” (p. 16) but provide no citation of LSD or psilocin EC50 values for comparison with norfenfluramine to support this statement regarding more activity (Kuypers et al., 2019). Relative drug dose is not necessarily the most predictive factor for the intensity of drug effects and may depend on many other pharmacologic variables such as plasma concentration, binding affinity, binding kinetics, and downstream second messenger system functional activity.

How many people have actually been observed microdosing chronically for extended durations?

Drs. Fadiman & Korb stated, “Of the thousands of people who microdosed, no one has reported any heart valve trouble during their period of microdosing, and many people have been microdosing for over a year. All the people we have surveyed with heart problems had them before they started microdosing” (Kuypers et al., 2019, p. 16). This raises questions about the exact frequency and duration meant by “for over a year”; was this microdosing every 3 days consistently over 365 consecutive days or was it intermittent microdosing for a month here and there over the course of a year?

Interestingly, Dr. Passie cited a statement contradicting the above Fadiman & Korb commentary in his own commentary section from the same article, “as Fadiman’s coworker on his more or less systematic Internet surveys, Sophia Korb has mentioned in a lecture (conference ‘Beyond Psychedelics,’ Prague 2018) that they know of just three persons who have dosed regularly (according to the Fadiman protocol) for more than 3 weeks. These three subjects were terminal cancer patients and felt quite normal up to day 50. Between days 50 and 60, they all became much more psychologically labile, i.e., having larger mood changes…” (Kuypers et al., 2019, p. 18).

So how would someone know if they had VHD and are there ways to limit the risk?

Based on this limited evidence, a shorter duration of microdosing (weeks to months) with longer breaks would likely be lower risk than a longer duration of dosing without any breaks for years.

The primary symptoms for VHD are chest pain, shortness of breath, and lightheadedness; but there are also cases with no recognizable physical symptoms (American Heart Association, n.d.). The absence of a heart murmur during a thorough physical exam usually rules out VHD, but the gold standard for detecting any valve damage would be echocardiography (a.k.a. “echo”), which is how VHD was confirmed in the studies for FDA drugs withdrawn from the market and studies of chronic recreational MDMA use (5HT2B Ki = 700) (Hutcheson, Setola, Roth & Merryman, 2011; PDSP certified data, n.d.; Droogmans, et al., 2007). In a study of 29 MDMA users seeking mental health services, 28% had VHD confirmed by echocardiography versus none in the gender- and age-matched controls, where these MDMA users averaged 3.6 tablets per week for 6.1 years (Droogmans et al., 2007). The studies of drugs withdrawn from the market included patients taking daily medication for a year or more, and data also suggested that higher cumulative exposure increased risk (Hutcheson, Setola, Roth & Merryman, 2011). Based on this limited evidence, a shorter duration of microdosing (weeks to months) with longer breaks would likely be lower risk than a longer duration of dosing without any breaks for years.

It’s important to recognize that there are many FDA-approved medications on the US market with a variety of serious adverse drug reactions, including VHD, so, as a pharmacist, I always recommend weighing the benefits against the risks. If and when evidence of microdosing effectiveness is demonstrated, then these benefits should be carefully weighed against the potential risk of VHD. Current microdosing research projects should also begin to collect data that systematically evaluates the risk of VHD. I am an advocate for harm reduction and patient autonomy, which motivates me to provide clients with the most accurate medical evidence I can find, so I hope my summary of this topic has clearly explained why I am worried about the potential for chronic microdosing to break your heart.

Graham, J. R. (1967). Cardiac and pulmonary fibrosis during methysergide therapy for headache. Transactions of the American Clinical and Climatological Association, 78, 79–92.

Is Psychedelic Medicine the Antidote to Anti-Black White Racism in the US?