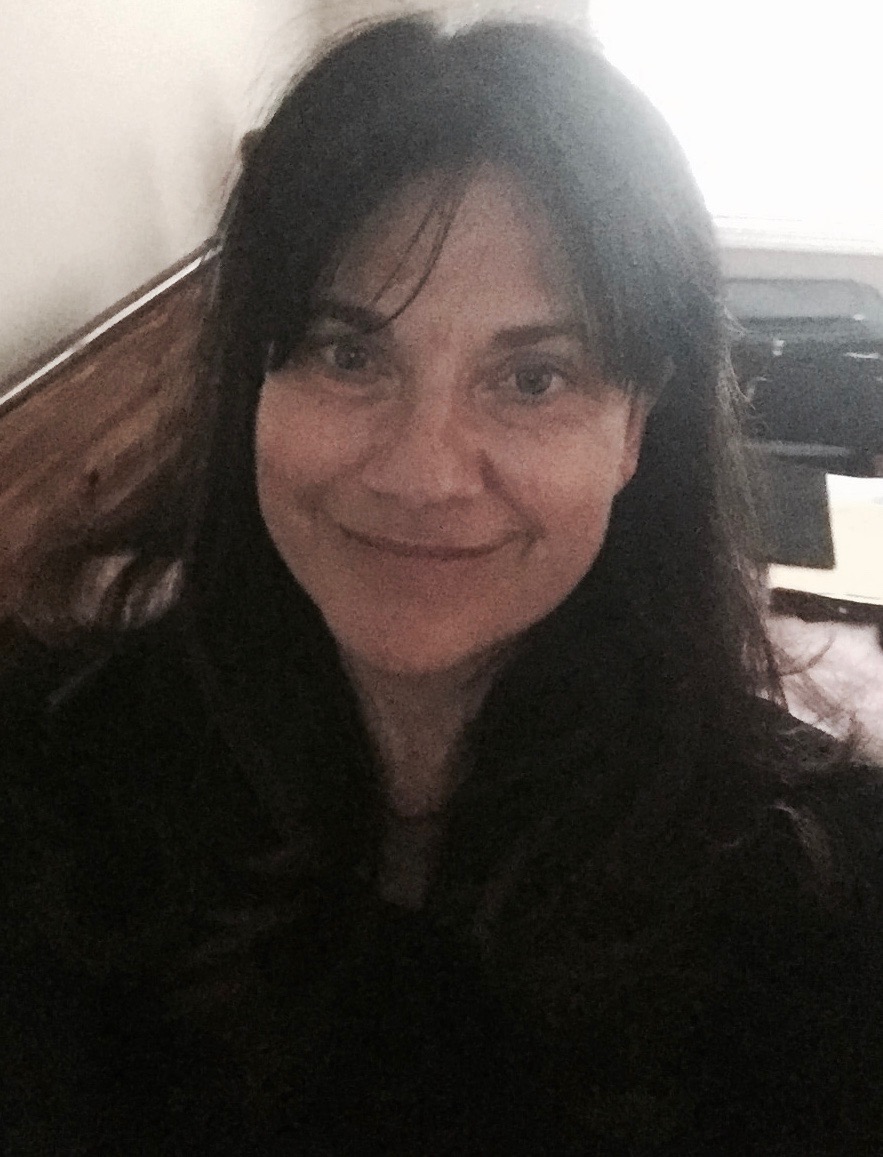 By focusing on sex and gender, I hope to highlight how flexible, yet fragile, social interactions can be in the context of health and healing through ayahuasca ceremonies worldwide. The central locus of this article is Puerto Maldonado, Peru, a regional Amazonian capital and its environs, where I have conducted fieldwork over the last two decades, particularly among Ese Eja.

Alongside the proliferation of ayahuasca shamanism and tourism, locally and abroad, ayahuasca settings bring together shamans and participants who have different imaginaries about each other and the reasons they wish to participate in a shared ritual. Among the increasing occurrence of such encounters, there is an alarming rate of incidences whereby ayahuasqueros (and/or their assistants) make sexual advances towards their female participants during or following ayahuasca ceremonies.

There are now many recorded cases of shamans who intentionally seek out sexual relations with participants showing that, for these particular men, sex with participants is premeditated and part of a routine. Individuals I have interviewed and on blogs have described how some shamans seem to “canvas the room” and target their attentions accordingly. A male anthropologist described to me how, when he traveled with one of the young indigenous men from a community he worked in, the young man would pretend that he was a shaman explicitly as a tactic for seducing women, mimicking the success his own village shaman had seducing female ayahuasca tourists.

Some ayahuasqueros in the tourism circuit use particular substances to aid in the seduction of participants. One shaman told me that he had apprenticed under Shipibo shamans who knew particular herbs that could blur women’s sexual boundaries. The Amazonian pharmacopeia includes charm spells used explicitly for seduction. They are meant to last only for a short time, unless renewed, creating a temporary lapse in rational thinking. Yet some described how ayahuasca itself, because of the sensual feelings that it provokes, is deliberately used by some as a tool for seduction.

Typically shaman-participant seductions take place as the ceremony is winding down, though sometimes they happen while the participant is experiencing the hallucinatory effects of ayahuasca. A young woman explained, “It’s not so much about seduction: It is about sexual harassment. I got felt up by a shaman!” She went with a male friend and colleague, local to the Colombian Amazonian town she was staying in, to drink ayahuasca at the home of a well-established healer. Amidst extraordinary visions she also felt violently ill;

“The shaman’s assistant came over to me and put his hands on my back. He had some great healing skills because he made my nausea go away. He told me to lay down and he placed his hands on my tummy and it felt a lot better. Then, all of a sudden, his hands were down my pants! I had to physically fight him off and I was still under the influence of ayahuasca. He whispered ‘tranquila, tranquila’ (relax, relax) when I said ‘no, no’ and pushed away his hands. He tried to lie next to me but finally went off. I noticed that he went to help other young women, ignoring older women and men: The young women were all non-locals.”

A young woman who had participated in a ceremony in which she was the only non-local explained;

“I was so delighted that the shaman placed me next to him and that he began to pay special attention to me. When he began to rub my body I had no way of knowing what he intended but it soon became obvious when he … [she gestures where he placed his hands]…I pushed him away but felt extremely sad and confused and even wondered if it was part of my vision. I also felt somewhat frightened as the visions had only just started setting in and I felt abandoned by the person meant to guide my experience. I spent the whole time resisting the visions for fear that I might lose any sense of control… I kept on thinking of what I might have done to make him think that this would be OK. He was a well-known and respected shaman. The only thing that makes sense is that either his opinion of western women from cinema made him feel that we were all sluts or that somehow he interpreted my enthusiasm toward him to be sexual. That was it for me, I never drank ayahuasca again.”

Sexual harassment also occurs within local or indigenous ayahuasca settings. The term used is “fastidiar” (to annoy) implying normalized male behavior.Indigenous women are reticent to drink ayahuasca with an unknown shaman unless accompanied by family, friends, and/or their children. One indigenous friend in Puerto Maldonado described what happened when she drank with a local urban shaman:

“I arrived with my two boys. He looked at me. He said that I was very ill and in danger of dying, that people had done terrible things to me with daño (intentional harm). He put my boys in a separate room and then prepared a blanket for me to lie on. I immediately felt that his intentions were not good, that they were sexual. I gave it some time but every sign imaginable was there telling me that he was going to force himself on me: the tone of his voice, the way he looked at me, the way he touched me, and then separating me from my children. I never drank with him because I left before anything could happen. It has happened to me before, but I was stupid then, trusting in everyone.”

Some cases of seduction under the influence of ayahuasca are mutually consensual. Yet,  many believe that the ultimate accountability lies with the shaman, who is responsible for resisting both arousal and star-struck women, to seek ways of healing that do not depend on his phallus.

Reactions to Sex and Seduction: Global and Local Considerations

Sexual harassment clashes with the variable reasons why women want to drink ayahuasca. Most ayahuasca tourists are generally seeking personal spiritual development, emotional healing, and the development of personal self-awareness.  Furthermore, many participants interested in spiritual healing are themselves victims of childhood sexual abuse and thus find the sexual advances of shamans to be emotionally damaging and cruelly exploitative. This is compounded by a tendency to idealize shamans, thus masking the usual boundaries ayahuasca tourists might normally encounter in hierarchical gender settings.

A common public response is to claim that these men are not “real shamans” and are thus “inauthentic.” These positions do not take into account that shamans are humans who may have detrimental flaws. They also overlook the historical and on-going possibility that indigenous women are sometimes sexually harassed within contexts of traditional ayahuasca shamanism. Furthermre, such views ignore the necessary rewriting of a gendered landscape for many local practitioners who now frequently travel abroad as well as the significant number of western shamans and apprentices who are now fully aware of the western allure and mystique surrounding ideas about shamans.

If we are to regard shamans from a broad western perspective, then clearly sexual advances towards participants are unethical. If we pay attention to local or indigenous perspectives, then we also find that such behavior is frowned upon. The women I have interviewed who have experienced such behavior clearly attribute it to an abuse of power both in terms of gender and community.

Locally, indigenous gender relations vary, yet there is a predominant notion that in most circumstances women will surrender to male sexual advances if they find themselves in a vulnerable position, as such behavior is aligned with gender expectations. To circumvent vulnerability, indigenous women avoid smiling directly at men, laughing with them, paying too much attention to them, being in their presence without close kin nearby, and travelling alone. Not coincidentally, these precautions prescriptively describe most non-local female ayahuasca participants, particularly if they openly esteem the shaman, converse and laugh freely, are unhindered by local customs, and travel alone.

Historically in Amazonia, the exposure of local peoples to western women is principally via the cinema and tourism. In the former, women are portrayed as sexually loose. Compounded with this, female tourists’ gestures and fashion are often in conflict with local gender norms whereby western customs can be misread and misunderstood. However, an explanation of mismatched gender codes cannot fully justify the increasing sexual exploitation of women by shamans.

Ayahuasca shamanism cannot be divorced from the economic incentives that further motivate its recent proliferation. An experienced South American woman described how an itinerant Peruvian shaman she was well-acquainted with had been tactically seducing women within the ceremonial context of ayahuasca for years; “He had sex with strategic woman that could organize sessions for him, open doors, make contacts, etc. He would choose women with financial resources that were potentially ongoing participants and could bring new clients to his sessions or women who were just young and pretty, as it was revealed he had done for years.”

In cases where seduction is attempted, the clash between variable shaman and participant imaginaries is blatant

With the advent of ayahuasca tourism, as ayahuasca rituals further transform, the unwritten codes of what are and aren’t considered acceptable transgressions—codes normally dictated by culture, locale, and training—are pushed further and further into the background though local-global encounters between particular shaman (be they weak, lost, greedy, perverted or sexist) and particular participants (be they uninformed, delusional, romanticists or idealists). In cases where seduction is attempted, the clash between variable shaman and participant imaginaries is blatant. Within the spectrum of shamans and participants, it is the coinciding of shamans who view women as easy prey with women who idealize shamans that exacerbates the trend of seduction within ritual contexts. For these reasons, this article is not meant to detract from the benefits and legitimacy of ayahuasca rituals, but rather to urge an awareness of the conditions that create these possibilities within ritual contexts. In conclusion, the increased incidences of inappropriate or unwelcomed seduction by shamans toward female tourists are manifestations and repercussions of the conceptual and practical disjuncture between the global and the local dynamics of ayahuasca uses and practices, as well as underlying disparate notions of gender relations, healer-participant ethics, appropriate uses of power, and the broader economic and political contexts in which they transpire.

This is a fragment of the text, ‘Ayahuasca’s Attractions and Distractions: Examining Sexual Seduction in Shaman-Participant Interactions’, that was originally published in Ayahuasca Shamanism: In the Amazon and Beyond (2014), edited by Beatriz C. Labate and Clancy Cavnar, and published by Oxford University Press. The author thanks Emily Sinclair for editing the original.