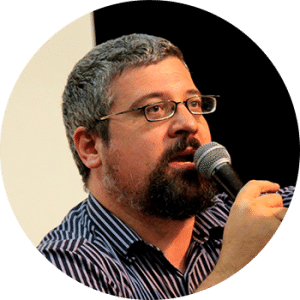 As a Brazilian ayahuasca scholar, I am frequently asked about the number of ayahuasca drinkers in my country. This is a tricky question, since reasonably accurate answers are elusive. Apart from the União do Vegetal, or UDV, a Brazilian ayahuasca religion with chapters in a few other countries, there seems to be no other local religious group that could provide an exact number of their members.

The UDV is acknowledged as the largest Brazilian ayahuasca religion. If a religion is understood as an organized religious group with central headquarters, this information is probably correct. With the lack of unequivocal information, scholars and journalists have referred to the UDV data and estimated the number of drinkers from other traditions.

As I was been informed by their central office, at the beginning of October 2019, the UDV had 21,477 adult members worldwide and 20,457 in Brazil. Considering the Brazilian members, male affiliates are slightly overrepresented: 51.7%. Almost a third part (31.7%) of the Brazilian members lives in the Northern (Amazon) region, followed by those from Northeastern Brazil (24.5%). UDV members have higher educational levels than average Brazilians: 55.4% of them have academic degrees.

However, here lies the question: can we say that UDV numbers represent all ayahuasca drinkers in Brazil? Other groups with clearly distinct characteristics also engage in the religious use of ayahuasca.

For example, the Santo Daime branch known as ICEFLU (acronym in Portuguese for Church of the Eclectic Center of the Flowing Universal Light) is also responsible for the growing numbers of ayahuasca drinkers in Brazil and overseas. On the other hand, the remaining traditional religious groups—Barquinha and the original Santo Daime branch, known as Alto Santo—operate mainly in the Amazonian state of Acre, almost without expansion. For demographic purposes, though, none of these religious groups offers reliable data about the number of their affiliates.

Since ayahuasca use in Brazil is highly connected to religious affiliation, one possible strategy would be examining the general population census. Censuses take place in Brazil every 10 years, and the last one took place in 2010. Even though there is this 9-year gap, it is possible to download the census microdata from a recent online platform dedicated to the official Brazilian population counts.

According to the 2010 Brazilian census, that 17,255 individuals were members of either Santo Daime or the UDV.

Our unprecedented findings were interesting. The 2010 census recorded as religious affiliation the three traditional ayahuasca religions: Santo Daime, UDV, and Barquinha. Containing all age ranges—including children, assigned to the religions of their relatives—the results were as follows: 7,875 members of the Santo Daime, 9,380 affiliates of the UDV and not a single Barquinha member. Neoshamanic religions (not all of them drink ayahuasca) had 874 members. That would mean, according to the 2010 Brazilian census, that 17,255 individuals were members of either Santo Daime or the UDV.

However, data from the internal UDV census indicate that in 2012, this religion alone had 16,167 adult members, and this number does not include children. One possible reason for such a discrepancy is the fact that members of the ayahuasca religions still declare themselves as “Catholics,” “Spiritists” or “Spiritualists” when asked about their religious affiliation, instead of naming their specific churches. There is still a lot of prejudice in the country about religions that use a psychedelic brew. All this makes data from the 2010 census not very helpful for accurate estimates of the number of ayahuasca drinkers in Brazil.

Moreover, the use of ayahuasca in Brazil now extrapolates the concept of religious affiliation. The most recent surge of ayahuasca use in Brazil seems to be strongly connected to the rise of the neoayahuasquero groups (a term coined by Brazilian anthropologist Bia Labate in 2000). They identify themselves as “shamanic,” “neoshamanic,” “eclectic” or “ecumenical,” and draw inspiration from many different cultural and ritual references. It is not rare that, although registered legally as religions, some of these groups declare themselves as nonreligious. It may also be inappropriate to label indigenous ayahuasca use as religious.

Plus, there are hybrid rituals that combine different traditions. Right now, in the city of São Paulo, for example, one may take part in ayahuasca ceremonies within different—and mixed —perspectives: Indigenous, Christian, Afro-Brazilian, Buddhist, Rastafari, Hindu, and even Islamic traditions.

Such an intricate universe may be fascinating for anthropologists and ayahuasca aficionados, but a nightmare for demographers or epidemiologists. How to keep track of the number of ayahuasca drinkers in Brazil without the aid of a centralized structure? How to estimate the number of individuals who have experimented with ayahuasca and those who are regular users?

The most accurate answer to the number of ayahuasca drinkers in Brazil is a recent study that was funded by the Brazilian government. The 3rd National Survey on Drug Use by the Brazilian Population interviewed 16,273 participants with a nationwide representation of the general population aged 18 to 65. It was carried out in 2015 and underwent a publication embargo until very recently due to legal issues.

Approximately 567,000 individuals have used ayahuasca at least once in their lives. Those who confirmed use within the previous year were about 181,000; and in the previous month, around 118,000.

Unfortunately, the available report does not reveal the confidence interval for these estimates. Considering that all prevalence estimates represent less than 1% of the whole sample, the real figures are probably included in a wide range between the lower and upper boundaries. So far, then, the available data allow us to say that approximately 600 thousand people had used ayahuasca in Brazil and about 120 thousand had drunk it within the previous month of this 2015 survey.

Taking all this information and its limitations into consideration, I would suggest that a roughly accurate estimate that the number of Brazilian ayahuasca drinkers would vary between 50,000 and 150,000 individuals. Again, it is important to stress that, though based on evidence, this is nothing more than an educated guess.

More studies are needed for a more precise estimate of the growth of ayahuasca use in Brazil. Unfortunately, there are rumors that the conservative federal administration wants to cut costs on the 2020 census, and that would probably ruin comparisons with 2010.

The Brazilian pioneering attitude towards ayahuasca since the 1980s—regulating instead of criminalizing it —has offered a frame for controlled use of both a psychedelic natural product and a plant teacher.

Regardless of the exact number, the figures are expressive and it is highly unlikely that any other nation in the world would have such large numbers of ayahuasca users. The Brazilian pioneering attitude towards ayahuasca since the 1980s—regulating instead of criminalizing it —has offered a frame for controlled use of both a psychedelic natural product and a plant teacher. There has been no report of “drug epidemics” or “mind washing sects” in the country, and ritual ayahuasca use seems to endure even before the current far-right government. Life goes on in the ayahuasca country.