Amanda Reiman, Ph.D.
Amanda Reiman received her PhD from UC Berkeley and is the Community Manager for Flow Kana and the Secretary of the International Cannabis Farmer’s Association.

“Proud to be drug free,” “Red Ribbon Week,” “Just Say No,” “Users are Losers”… there was no absence of anti-drug messaging surrounding my youth in Carmel, Indiana, USA. Upon graduating high school, I thought cannabis, heroin, and cocaine were basically the same thing: evil substances that would lead to not only my downfall, but the downfall of my friends, family, and community. That perspective stayed with me, until reality hit. I met a group of friends who used drugs, all drugs, and they were good people, smart people, and experienced more harm at the hands of prohibition than the grip of illicit substances. The line between safe and dangerous, legal and illegal, started to fade.

Illegal drugs are not illegal because they are dangerous. Illegal drugs are illegal because, historically, immigrant populations used them. Fears about these people were acted out through laws against their culture’s intoxicant of choice. Meanwhile, prescription drugs and alcohol remain the largest killer of adults, far outpacing deaths from illicit substances1. This is important to remember for everyone involved in the grand project of socially integrating illicit substances as therapeutic agents.

Today, the lack of connection between a drug’s harmfulness and its legal status has resulted in a society where prescription opiates are given out like candy, while relatively safe and highly therapeutic substances like cannabis and psilocybin remain in the strictest category of drug regulation. It is a society where alcohol is sold on every corner, yet possession of MDMA can result in prison time. In this topsy-turvy society, the drug once blamed for luring people into a world of illicit drug addiction might actually be the key for people to exit out of the grip caused by the drugs that doctors are prescribing as medicines.

I first started exploring the use of cannabis as a substitute for opiates in 2005. I was writing my doctoral dissertation on medical cannabis patients and how they utilized dispensaries as health service providers. Dr. Frank Lucido, a family physician in Berkeley, California, had been collecting intake forms from his medical cannabis patients for years, and he agreed to allow me to use some of the form for my patient survey. One of the questions had to do with the use of cannabis as substitute for alcohol and illicit or prescription drugs. This concept is not new. An article published in The Lancet from 1889 touts hemp as a miraculous treatment for opium sickness, and in the 1970’s, psychiatrist Tod Mikuriya wrote about the benefits of cannabis for those dependent on alcohol2, 3. My survey results showed a high rate of substitution for alcohol (53%) and prescription drugs (76%). The reasons people reported substituting included more effectiveness from cannabis, fewer negative side effects and less chance of withdrawal4. This study was replicated twice more, with similar results5, 6.

I was now convinced that medical cannabis patients were consciously using cannabis as a substitute for other drugs because they deemed it safer. Thinking about the work of Dr. Mikuriya I wondered, could cannabis serve as a medication to help people dependent on drugs and alcohol? After all, patients were reporting better outcomes with less risk in their substitution practices, and with the rising rates of opiate dependence and overdose, it seemed like cannabis could be the Medication Assisted Treatment (MAT) of the twenty-first century.

At first pass, most people shake their heads at the idea of giving someone trying to “get clean” from drugs a drug that spent the 1980’s being blamed for hard drug use. The “gateway theory,” although largely discounted in modern literature, suggested that the use of cannabis causes the user to want to move on to “harder” substances. The theory then suggests that, eventually, cannabis does not satisfy the user’s need to get high, so they have to move on to a more intense substance7. This theory was used to justify hardline approaches to teen drug use such as “zero tolerance” policies. The thinking was that if you could stop a young person from using cannabis by inflicting harsh punishments, you could prevent harder drug use down the line. This strategy has only resulted in young people, most of them people of color, being expelled from school and thrust into the world of the juvenile and then, often, the adult criminal justice systems.

Today, the fact that the opiate epidemic is infiltrating White, middle class communities has policy makers and treatment providers more willing to think outside the box when it comes to addressing lethal overdose. Medication-assisted treatment is not a new concept. Methadone is a commonly used opiate replacement. However, the use of cannabis in the context of formal treatment is a very real departure from the abstinence-only model that is the norm in American drug treatment.

The use of cannabis in the course of treatment for opiates makes complete sense once you examine the medical literature around cannabis. One of the common reasons people do not complete substance abuse treatment is due to intense withdrawals. These symptoms can mimic the flu and include nausea, tremors, lack of appetite, irritability, muscle aches, and difficulty sleeping. Cannabis has been shown to be an effective treatment for each of these symptoms8. Easing the pain during withdrawal can result in greater treatment compliance and completion. Furthermore, when considering a harm reduction framework, moving someone who is using a potentially lethal dose of opiates onto a non-lethal drug like cannabis, might not be ideal, but it is a strategy to keep the person alive until they are ready to take the next step in their recovery. Too many people have been lost readying themselves for total sobriety.

I am a social worker and I take my profession very seriously. I have spent the last 10 years teaching future social workers at UC Berkeley about substance use. The profession of social work lays out very specific ethical guidelines that shape how we practice. These ethics clearly support harm reduction and programs that will honor the individual, their choices and experiences. Social work decries paternalism and embraces self-determination. Social work believes in the dignity and worth of every person, even persons who use drugs.

Treating substance dependence with cannabis might still seem like a fringe idea, but it is gaining traction. High Sobriety, a new treatment center in Los Angeles, uses cannabis as part of it’s MAT protocol, both as a medication for withdrawals and as a harm reduction tool to prevent relapse, overdose, and potential death9. It is a new center, but I am already planning a program evaluation to hopefully show the positive impact that cannabis can have on the life of someone struggling with opiate dependence. And the founder is a social worker; no surprise there.

It’s been 12 years since I started exploring the relationship between cannabis and the use of other substances. We are witnessing the gateway theory being replaced by the “exit theory.” And with accidental opiate overdose surpassing car accidents as the number one cause of accidental death in the US, it’s not a moment too soon.

Lessons for Psychedelic Advocacy from the Front Lines of Cannabis Reform

Traveling Without Moving During COVID-19 Lockdown 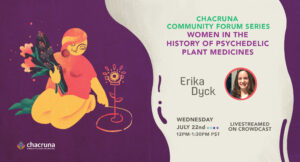