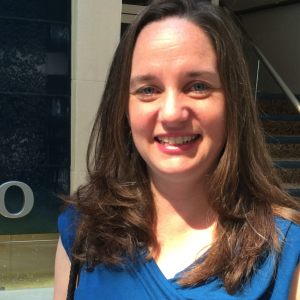 How does one describe the ways in which a person’s life is touched by psychedelics? And, even if I could capture that accurately, how then does one explain what it means when that person dedicates their life to shepherding the concept of psychedelic therapy? Dr. Mariavittoria Mangini is such a person. This post will not do justice to all of her contributions, academic and otherwise, but in writing it, I hope to honor one the leaders of this movement.

Amidst the global COVID pandemic in the summer of 2020, Dr. Mangini agreed to spend time with me on the phone, despite having a busy schedule and pressing demands on her energy and time. Her willingness to talk to me at such a challenging time, was a quick indication of her passion for this project, which I readily came to appreciate.

We had just announced this new Chacruna series, and Dr. Mangini was high on my list of people to consult about the history of women in this field. I was already familiar with some of her work, as a nurse, educator, author, and co-founding member of the Women’s Visionary Council (WVC). But, the opportunity to talk with her directly opened my eyes to so much more.

The Early Life of Mariavittoria Mangini

Born in 1950 and raised in the Bay Area of California, Mariavittoria Mangini was effectively in the right place at the right time for a budding psychedelic thinker. Different ways of thinking intrigued her from an early age. Raised in a patriarchal Italian Catholic family, Mariavittoria felt the weight of gendered expectations from childhood, and she poured her energy into avenues for critical thinking that allowed her to tease apart expectations from abilities and aptitudes.

As a student she had a wide-ranging set of interests, from theatre, to education, medicine, and humanities influences that nurtured her ‘cognitive lust’. She used this term to explain how she stayed focused while consuming new forms of knowledge, without easily getting bored or distracted. Her education and experiences as a young adult were also grounded in her contemporary cultural climate; social activism, protests, and radical challenges to authority were just a natural part of life in 1960-70s California.

Mariavittoria brought her cognitive lust and commitment to social justice directly into her work. After meeting Stanislav Grof she was inspired by his perinatal theories to study midwifery. This was a fitting start for someone who recognized the need to challenge medical orthodoxy, and concentrate on birth as a foundational concept in our lives: not just as a biological beginning, but as a site of trauma, fragility, vulnerability and survival.

Mariavittoria brought her cognitive lust and commitment to social justice directly into her work.

After working at the Haight-Ashbury Free Clinic and developing the first pharmacology course for midwives at the University of California, San Francisco, Mariavittoria set her sights on getting a PhD. In 1994, she chose psychedelic experience as her research area which at that time was a heavily stigmatized topic. She knew that women had been important in the psychedelic past, but any remnants of a psychedelic sisterhood was either buried or muted when she undertook her studies in the 1990s. Mariavittoria knew from personal experience that it wasn’t always because women weren’t present, but sometimes it was because they weren’t remembered or acknowledged. Her dissertation director, the feminist Jeanne DeJoseph, encouraged her to explore the hidden history of women in psychedelic research and therapy.

Before she had a chance to present her ideas on psychedelics, she was called upon as a family caregiver. Successive illnesses and deaths in her family demanded her attention. Had she travelled to Basel Switzerland in 2006 as she initially hoped, to present a paper at an international gathering for Albert Hofmann’s 100th birthday, she would have been one of seven women speakers, on a panel of 70. Many of her female colleagues returned from this event perplexed and outraged.

Where were all the women?

A year later, motivated by this significant gender imbalance at the largest psychedelic gathering of the 21st century at that time, Maria joined with Carolyn Garcia and Annie Oak in founding the Women’s Visionary Council (WVC). The WVC is an all-gender community dedicated to supporting the work of visionary woman healers, teachers, researchers, artists, therapists, and activists, many of whom focus their work on psychedelics. Mariavittoria explained to me that at the first meetings of the WVC, she could feel the fear, excitement, anger and relief in the gathering as women assembled in their own space. Some participants had never been invited to speak about their work before. The WVC hosted events with an eye to community building, nourishing relationships, and highlighting the contributions of emerging scholars and therapists. She recalled that some people in the psychedelic movement simply hadn’t noticed that women were not represented. So when some of these women established women’s psychedelic meetings, their male colleagues wondered what all the fuss was about.

While Mariavittoria Mangini remembers the early days of the WVC as feisty, even fueled by anger about the limited opportunities for women in the field, but as the opportunities grew, those raw feelings softened over time and gave way to more complicated ideas about diversity in the psychedelic community. Speaking from a 2020 perspective, Mariavittoria readily recognized that this was just the beginning. Including women was vital, but so too was reaching out to others whose perspectives were marginalized or excluded from these conversations.

Ever driven by cognitive lust, tempered with a desire for social justice, at this point in our conversation, Mariavittoria reminded me of the depth of knowledge already available within the profession of nursing. At first, I thought we were shifting topics, but as I listened more, it made perfect sense.

Women, she explained, are both burdened and blessed with the role of caring. Nurses, and nursing scholars have invested tremendous energy in making sense of caring, as an occupation, a feeling, a form of activism, and as an expression of support. Theories of caring are not just for nurses, but they have typically been taken for granted or simply under examined, much like nursing as a profession has historically played more of a supporting role to medicine than the idea that nursing brings its own benefits to the bedside.

Perhaps then, psychedelics without women, is like medicine without nursing. It is not just good practice to include women for reasons of political correctness, but it is vital for bringing different intellectual and experiential perspectives – different truths – into the movement in order for it to succeed.

Mariavittoria Mangini celebrated her 70th birthday this year. She remembers meeting the charismatic Timothy Leary at Millbrook; she values her continuing friendship with Stan Grof whose work describes the patterns of transformation that are common to being born, giving birth, spiritual ecstasy, the process of dying and an intense psychedelic experience; and she is an active participant in the unfolding of the 21st century psychedelic renaissance.

As a participant in two generations of psychedelic movements, Mariavittoria’s reflections on the need for diversity in the field are significant. When asked whether we need to continue creating separate spaces to foster diversity, she suggested that we always need to make space for new voices. Indeed, those who already enjoy recognition and are acknowledged for their authority, should be actively engaged in creating opportunities for other perspectives, whether those new to the field, or those whose voices haven’t always been invited to share the spotlight. 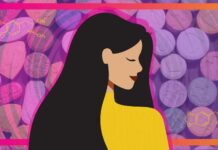 ‘Sorted’ for Es? Women and Ecstasy in 1990s Britain 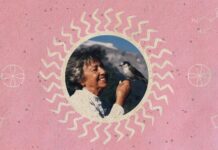 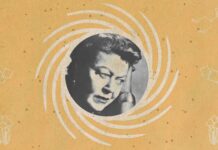 Of Mediums and Mind-Manifestors: Eileen Garrett and Psychedelic Experience