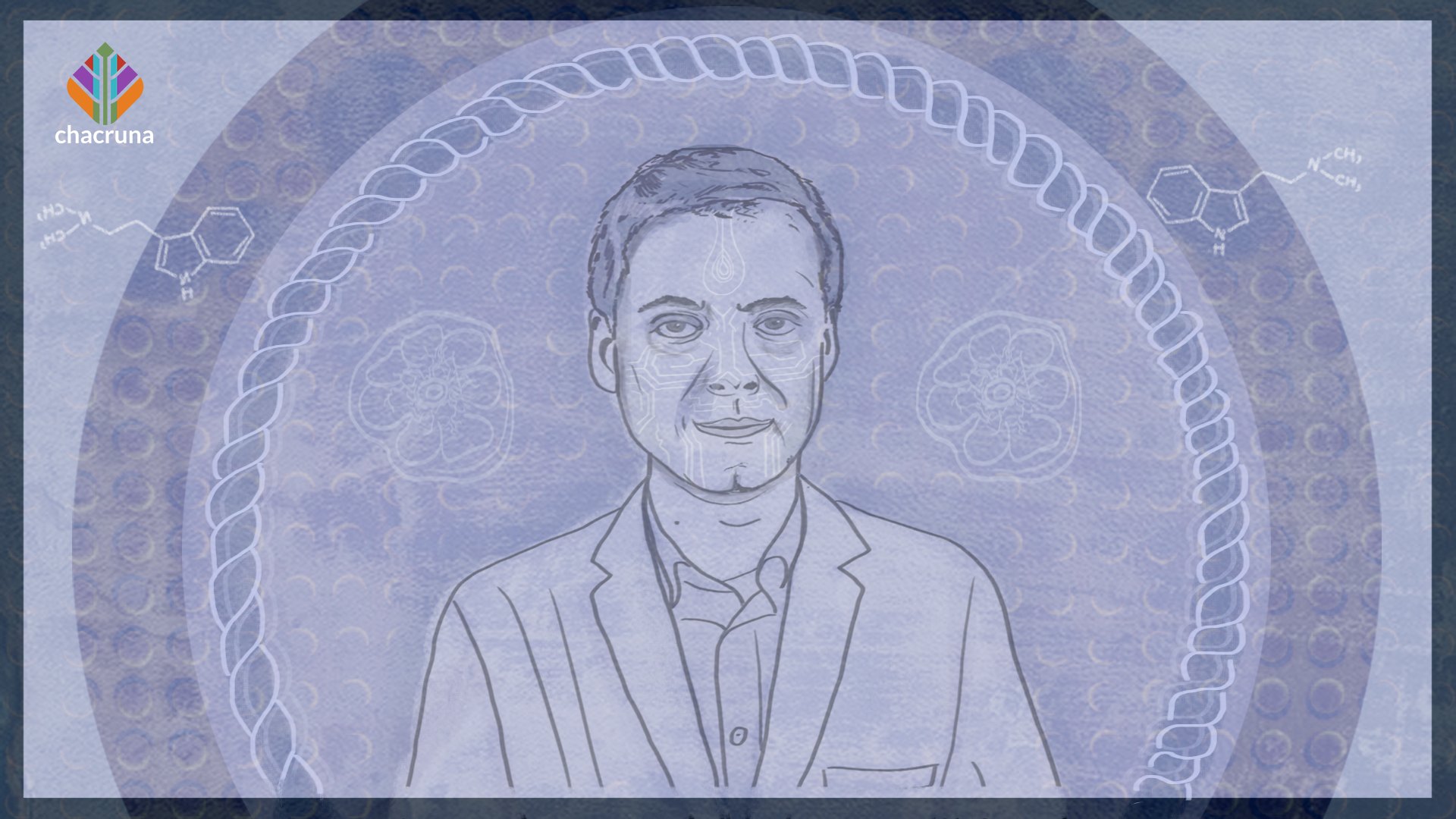 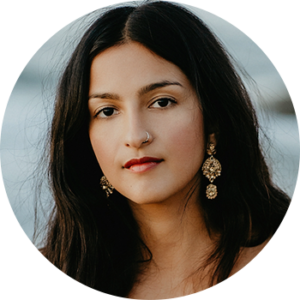 Jasmine Virdi
Jasmine Virdi is a freelance writer and editor. Since 2018, she has worked for the independent publishing company Synergetic Press. She also serves as a writer for Chacruna, Psychedelics Today, and Lucid News.

On August 14, 2020, the world bid farewell to scientific pioneer, Dr. Jordi Riba. The untimely death of the Catalan ayahuasca researcher has come as a harsh blow to the close-knit ayahuasca community the world over.

Riba was undoubtedly one of the most prolific researchers in the field, having devoted well over two decades of his life to unveiling the mysteries of ayahuasca.

Born on September 12, 1968, in Barcelona, Spain, Riba acquired a bachelor’s degree in pharmacy from the University of Barcelona in 1993. He went on to complete his doctorate in pharmacology at the Autonomous University of Barcelona (UAB) in 2003. Riba was undoubtedly one of the most prolific researchers in the field, having devoted well over two decades of his life to unveiling the mysteries of ayahuasca. He published nearly 80 scientific articles, was an active speaker at conferences throughout Europe, the United States, and Latin America, and was considered a preeminent academic exploring the clinical uses of ayahuasca.

Among his most notable contributions was Riba’s success in conducting the world’s first controlled clinical trial with ayahuasca and the first neuroimaging studies with the brew. His pioneering understanding of the mechanistic and therapeutic potentials of ayahuasca, alongside other psychoactive substances like 5-MeO-DMT, salvinorin-A, and cannabinoids, were key in validating investigations into these previously stigmatized substances.

Driven by great foresight, Riba started researching ayahuasca at a time when there were few clinical studies on its effects and a limited willingness from academic institutions to engage in such unorthodox research.

From an early stage in his career, Riba had an interest in substances that were able to elicit modifications in perception and cognition. In a 2016 interview, Riba described how his fascination with psychoactive substances began: “I was always interested in the biochemistry of the brain; so, any substances that interacted with the central nervous system had an interest for me.”

Making acquaintance with Josep Maria Fericgla, a Spanish anthropologist who had been conducting research on the ritual use of ayahuasca among the Shuar people of the northwestern Amazon, Riba had a glimpse into the field of psychedelic research. Fericgla introduced Riba to ayahuasca-using groups in Spain, which was a factor influencing Riba’s decision to pursue research into the substance.

Possessed by a burning curiosity, Riba felt it was his obligation and duty as a researcher to shed light on the hitherto unstudied compound. “I was quite impressed that there might be these alkaloids that could induce such profound effects on the psyche,”

Possessed by a burning curiosity, Riba felt it was his obligation and duty as a researcher to shed light on the hitherto unstudied compound. “I was quite impressed that there might be these alkaloids that could induce such profound effects on the psyche,” said Riba. “I also thought it raised some interesting philosophical questions, since it was on the verge between religion and science” (Taymans, 2019).

In 1994, Riba conducted his initial investigation under the late Professor Manel Barbanoj, the head of pharmacology at UAB at the time. Many years later, Riba described his encounter with Barbanoj by noting how “he was the only person who didn’t think I was crazy” (Nätverket för Psykedelisk Vetenskap, 2017).

In 1996, they established a research program at the Sant Pau Hospital in Barcelona, beginning the lengthy process of developing a trial design and protocol that they would use for their later studies. It was not until 1999 that they were able to conduct their initial study, which was groundbreaking, in that it was the first to conduct placebo-controlled trials with ayahuasca, demonstrating that the brew could be administered safely to healthy volunteers.

Riba’s productive career as a researcher involved numerous clinical studies investigating the pharmacokinetics and pharmacodynamics of ayahuasca, including alkaloid disposition, electroencephalography, and neuroimaging measures of ayahuasca effects. In 2006, Riba became Associate Researcher at the Drug Research Center of Barcelona’s Sant Pau Hospital, where he led the Human Neuropsychopharmacology Research Group.

In 2013, Riba’s research team at Sant Pau began a fruitful collaboration with the Beckley Foundation, forming the Beckley/Sant Pau Research Programme, with the purpose of better elucidating the mechanisms of ayahuasca and its chemical constituents at the molecular, structural, and functional levels.

It was through Riba’s work with Beckley that he began exploring the potential of ayahuasca to promote neurogenesis, finding that the harmala alkaloids, harmine and tetrahydroharmine, have powerful abilities to stimulate the production of new cells in the brain. This groundbreaking finding opens up a wealth of future research possibilities, with potential applications for treating neurodegenerative conditions like Alzheimer’s and Parkinson’s disease.

Some of his most recent work, done with his Brazilian collaborators Rafael Guimarães dos Santos, Dráulio Araújo, and Jaime Hallak, investigated ayahuasca for treatment-resistant major depression, finding rapid antidepressant effects a few hours after administering a single dose and lasting for three weeks, even when compared to placebo. Comparatively, traditional antidepressants take between three to four weeks to see any improvement in mood.

Jordi Riba’s monumental scientific contribution and social impact extended far beyond the reach of his beloved homeland, Catalonia. In 2017, Riba was recognized by Rolling Stone magazine as one of the top 25 most influential people in the future of science, lauded for being “at the forefront of a scientific vanguard exploring the medical applications of psychoactive substances.”

Riba was courageous in confronting challenges that few others dared to. In a 2017 interview, he recounted, “I have followed my path despite skepticism, doubts, possible criticisms, and various obstacles, because I felt that what I wanted to investigate was interesting enough to give it my attention” (Fita, J., 2017).

Asked to share a few words in tribute, Riba’s former PhD student, Rafael Guimarães dos Santos offered, “Dr. Riba supervised my PhD from 2006 to 2012 and received me in Barcelona with an open heart. He was very important to me as a person and as a scientist, opening the doors of my perception to the world of psychedelic human psychopharmacology.”

Not only was Riba a foundational researcher, but he was an admired and loved person wherever he went. Beyond his work as a scientist, Riba was a long-time pilot, with a deep love for open skies and a penchant for aerobatic flying.

Not only was Riba a foundational researcher, but he was an admired and loved person wherever he went. Beyond his work as a scientist, Riba was a long-time pilot, with a deep love for open skies and a penchant for aerobatic flying. He also had an affinity for the sea and was an avid sailor.

Another of Riba’s close collaborators, Draúlio de Araújo, Professor of Neuroimaging at the Brain Institute in Natal, Brazil, shared some words in honor of Riba: “Jordi was, indeed, a good friend and colleague. He visited Brazil many times and will be missed by several Brazilian scientists with whom he collaborated. Our 10-year long collaboration was always fruitful and based on a lot of respect. Over time, we became friends, due to a number of shared interests, particularly ayahuasca, science, and airplanes. He was a rigorous, curious, and respectful scientist, and a good acrobatic pilot. I’ll miss our flights together, and our long conversations, my friend!”

Bia Labate, Executive Director of the Chacruna Institute, shared in some of Draúlio’s sentiments: “For over a decade, Jordi and I exchanged intellectual ideas, and he was always supportive of my work, contributing several chapters to my books. Over the years, we met in several different countries at conferences. Although we stood on different intellectual foundations— he had a more biomedical and ‘scientific view,’ whereas, I have a more anthropological perspective and am more open to the idea that ayahuasca is a ‘plant spirit’ — we had animated conversations and recognized each other as good interlocutors, enjoying our differences. He was kind, generous, and a little sarcastic in the best way possible… He will be truly missed.”

Riba’s dedication and foresight opened up a path of consciousness research that was previously inconceivable in academic institutions.

Riba’s dedication and foresight opened up a path of consciousness research that was previously inconceivable in academic institutions. His twenty-year-long legacy of research has served to legitimize the muddied perception of plant medicines like ayahuasca within the framework of Western science. Further, Riba’s work helped to prevent prosecution for possession of ayahuasca by providing evidence that ayahuasca is both safe and therapeutic in certain contexts.

His scientific insight, determination, and sense of humor will undoubtedly be missed by his colleagues, collaborators, students, and moreover, the worldwide ayahuasca community. Through his life’s work, Riba guided and inspired many others to dedicate their lives to the study of ayahuasca and other psychoactive substances; the entire field will carry the seed of Riba’s legacy into the future.

Our sincerest condolences go out to Riba’s family and friends, as well as the vast community of individuals who momentarily shared in his path, being inspired by the wake of knowledge and insight he left behind. Thank you for your courage, your persistence in walking your path, and your persevering vision.

Check some of Jordi Riba’s lectures