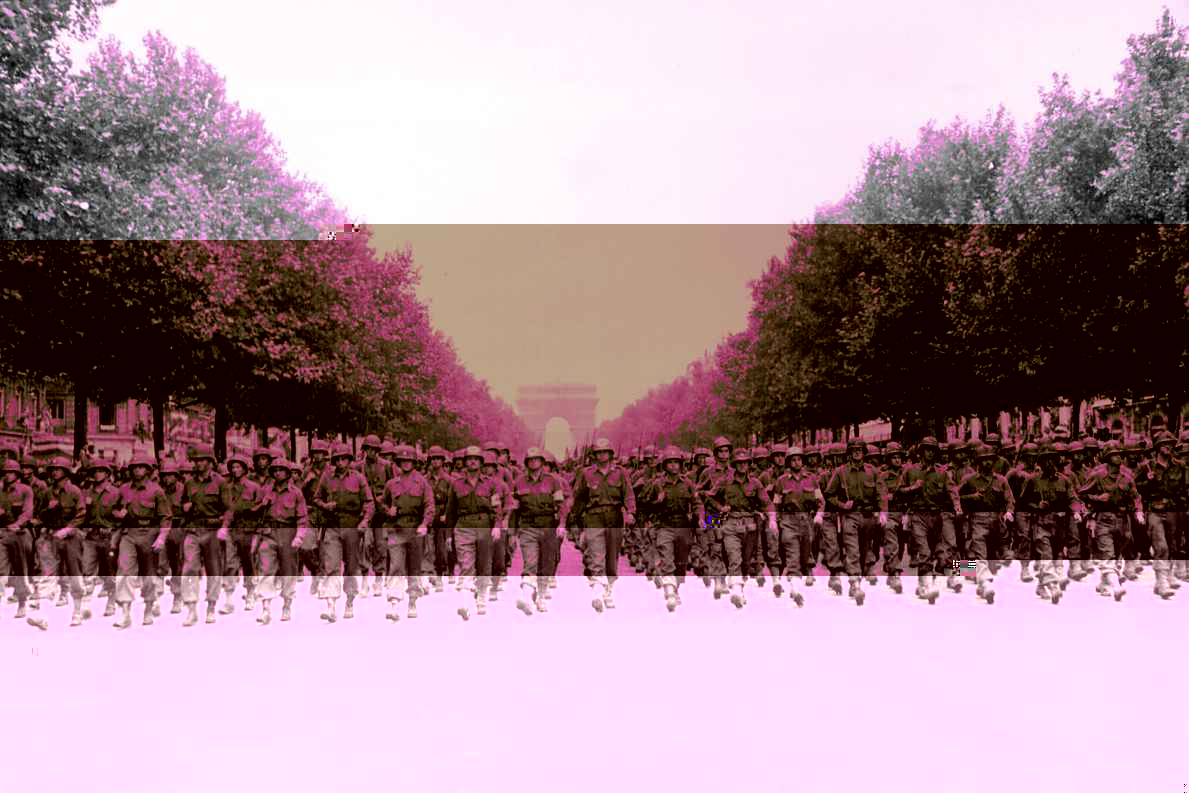 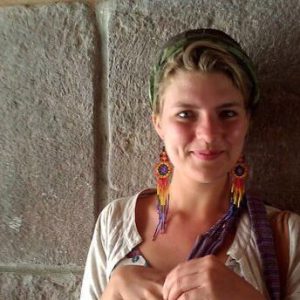 Sophia Rokhlin, MS.c.
Sophia Rokhlin MSc. is a nonprofit organizer working in the Peruvian Amazon, co-author of When Plants Dream (Watkins, 2019) and a member of Chacruna's Ayahuasca Community Committee.

Everyone is talking about psychedelic drugs. The late-night TV show host Chelsea Handler drinks the sacramental ayahuasca brew on Netflix. Last week, the conservative ex-House Speaker, John Boehner­­—once “unalterably opposed” to the legalization of marijuana—tweeted an announcement that he’s joining the board of a mega-investor in the budding legal cannabis industry. Best-selling author Michael Pollan writes about psychedelics in How to Change Your Mind, and micro-dosing LSD is evangelized by entrepreneurial heroes Jamie Wheal and Steven Kotler in Stealing Fire.

What was once dubbed the “psychedelic renaissance”—a movement owned by fringe thinkers, rogue scientists, psychonauts, and misfits—steadily waxes into a fully lit era. The gradual acceptance of psychedelics and psychoactive substances into the mainstream is a cause to celebrate for a lineage of advocates who fought uphill battles for religious liberty and “cognitive liberty”: the right to alter one’s state of mind. Liberating the medical potential of plants and synthetic molecules has been a long-time dream for shamans, outcaste scientists, and anthropologists that is, finally, materializing into reality.

But as psychedelics unfurl from the esoteric, underground realms into the day-lit, legal “mainstream,” how does knowledge and economic exchange of these substances transform?

Drugs (licit or illicit) deemed to have a utility value (medical or other) are usually commodified, regulated, and taxed. We saw this in 1986, when the American entrepreneur Loren Miller attempted to patent and privatize a variety of the Banisteriopsis caapi, the key ingredient in ayahuasca, a sacramental brew of communities in the Amazon rainforest. Today, the legal production of marijuana earns stakeholders lofty returns, while smalltime pushers remain jailed for possession. The white latex from the poppy bud (Papaver somniferum) contains morphine alkaloids that companies like Purdue Pharmaceuticals now aggressively produce and market to make synthetic opiates—estimated to be responsible for millions of deaths—for the purpose of profit.

The trouble is that healthcare in America exists within a competitive market economy, motivated by the insatiable quest of economic growth. Privatization by means of patenting or theft often precipitates the process of making profit. This means restricting access to common pool resources (e.g., putting a fence around a field of marijuana for the purpose of selling it, or patenting a plant). In the case of healthcare companies whose ultimate goal is to maximize returns for shareholders, privatizing and patenting knowledge and resources is the surefire way to succeed. And this jars with the principals of open access and collaboration held by scientists, researchers, practitioners, and advocates whose goal it is to provide open access to therapeutic and religious tools like psychedelics.

The future of the drug research community remains uncertain. What will become of the psychedelic scientists’ traditional principals of collaboration when confronted with the matrix of commodification, competition, and privatization?

A Statement from the Psychedelic Community

In response to these emerging tensions, chacruna.net has published the Statement on Open Science and Open Praxis with Psilocybin, MDMA, and Similar Substances, signed by a number of researchers, scientists, integration facilitators, practitioners, philanthropists, and leaders in the field. The statement was orchestrated by Robert Jesse, an instrumental figure in re-opening psilocybin research at Johns Hopkins University.

Signatories include psychedelic avatars like the rogue Harvard professor-turned-guru Ram Dass, matriarch of molecules Ann Shulgin, Amanda Fielding of the Beckley Foundation, Dennis McKenna, and Roland Griffiths: all figures who helped to dramatically shift popular discourse and knowledge of psychoactive drugs. NGOs, advocacy groups and institutions around the world have also signed on.

According to chacruna.net, the document was specifically developed “in response to concerns that, as psilocybin and MDMA progress through clinical trials showing promise as medicines, commercial enterprises will form in ways that incentivize them to not share materials or knowledge, to prioritize profits, or to act competitively against others.”

“From generations of practitioners and researchers before us, we have received knowledge about these substances, their risks, and ways to use them constructively. In turn, we accept the call to use that knowledge for the common good and to share freely whatever related knowledge we may discover or develop.”

Let’s look at psilocybin mushrooms, famously known as a sacrament of the Mazatec culture of Mexico. In early clinical trials, psilocybin has shown promise as a therapeutic tool for easing end-of-life anxiety, depression, and nicotine addictions. To meet the requirements of the US Food and Drug Administration’s Good Manufacturing Practice (GMP) standards, researchers use purified psilocybin, a white, organically engineered powder, instead of the mushroom preparation. Producing this medical-grade powder is a costly procedure.

In 2017, Compass Pathways, a UK-based company, backed by billionaires like right-wing Peter Thiel and Wall Street wolf Michael Novogratz, swooped onto the scene, producing the largest supply of medical-grade psilocybin ever made, and are currently preparing for clinical trials in fall of 2018. Compass Pathways works with Fisher Pharmaceuticals to package and distribute psilocybin to researchers at institutions like the Imperial College of London for significantly lower prices than before, at approximately £20,000 for a 50-patient trial.  The startup is committed to “developing patient pathways and therapies to improve mental health care” by acting as intermediary agents (dealers) between pharmaceutical manufacturers and researchers, and running trials themselves. “We will publish all data, positive and negative, in an open and transparent way, recognizing and attributing appropriately the contributions of the partner organizations and individuals with whom we have worked,” reads their opening statement.

But the prices of medical grade drugs like psilocybin (or MDMA, LSD, and ayahuasca) isn’t the biggest issue for researchers. More troubling is uncertainty around the exclusivity of contracts between researchers, Compass Pathways, and the drug manufacturers. Are researchers who purchase psilocybin from Compass Pathways allowed to use treatment tools and models other than Compass’? Are contracts between researchers, manufacturers, and Compass exclusive? And do exclusive contracts—tools of market-place competition—truly reflect the companies’ advertised ethos of cooperation?

“Unfortunately, clinical research is expensive, and there aren’t any big companies footing the bills” explains Julie Holland, psychopharmacologist and editor of  Ecstasy: The Complete Guide – A Comprehensive Look at the Risks and Benefits of MDMA, and The Pot Book: A Complete Guide to Cannabis. Phase 3 clinical trials can cost up to tens of millions of dollars: prices researchers aren’t able to meet without the help of venture capital. But, as the Multidisciplinary Association of Psychedelic Sciences (MAPS) demonstrated, Phase 3 trials can be entirely funded with charitable gifts.

Meanwhile, some big companies foot the bills to water greener pastures. In the United States, eight states have approved the taxation and regulation of legal marijuana (with more on the way). Heavy hitters like Acerage Holdings, new investors in the legal cannabis industry, feature an all-star team of “veterans of industry,” from firms like Goldman Sachs, Blackstone, and Schroders Investment Management. The team’s most recent addition is conservative former House Speaker John Boehner, whose perspectives on cannabis “evolved” shortly after the Brightfield Group estimated the industry’s net worth will soon hit $31 billion USD.

How does this new wave of entrepreneurs and investors look for the underground, mom-and-pop cannabis communities? Well, not great. But, as the High Times writer, activist, and author David Beinenstock put it, “cannabis should transform capitalism, not the other way around.” In an interview with Herb magazine, he suggests,

“We should be bringing the values of authentic cannabis culture with us as we move out of Prohibition, and not allow this industry, and more importantly, our movement, to be co-opted and overrun by the values of Wall Street and Corporate America.”

A for-profit healthcare system embedded within an economy of infinite growth constantly requires new material to commercialize in order to fuel itself. This means engineering and producing new, lucrative pharmaceuticals. But this also means exploring new, formerly underground substances, including the illicit realms of psychoactive drugs.

Suddenly, some right-wing conservatives are shifting their stance on drugs. Rebekah Mercer donated one million dollars to MAPS, and the prohibitionist values of Peter Thiel and John Boeher — supporters of a president who has suggested executing drug dealers — are trumped by the possibility to profit.

“We can’t just create legal pathways going forward and ignore the wrongs of the past. We need restorative justice for those who have been targeted and harmed by the War on Drugs, which has mostly been African Americans and lower income people.”

The leaders of the professional psychedelic research community have come together to defend their heritage of collaboration and frontline social justice. Signatories have committed to uphold the following principals:

The future of the legalization of psychedelics is multifaceted: on one hand, we recognize and celebrate the fruits of advocates’ labor; on the other, the community’s ethos of solidarity and collaboration strengthened by decades of ostracization, criminalization, and incarceration will be put to the test. “I’ve been preaching transparency and cooperation over competition for a long time. I don’t know what to think now” says Holland. “It’s a paradigm shift, potentially, and I haven’t fully wrapped my head around it.”

How will the fabric of the psychedelic research community transform as new, profit-oriented investors get involved? More than a critical perspective, upholding values of collaboration, open praxis and a dedication to service will require creativity. But, after all, if it isn’t the psychonauts and psychedelic scientists who can, as Timothy Leary popularly put it, “question authority,” who will?