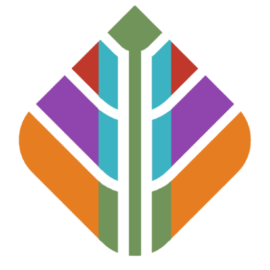 What began as a casual conversation between two friends last summer has now developed into an unstoppable global healing movement.

David Grillot and Jonathan Glazer realised the importance of reducing the stigma about psychedelic substances and of highlighting their dramatic results as an invaluable tool in overcoming the likes of drug and alcohol addictions and deep-rooted emotional issues such as depression and PTSD.

The pair, who were at the World Ayahuasca Conference in Girona, Spain, recognised that people needed to speak openly about how their lives had been transformed through using entheogenic plant medicines.

“We knew the world had to be told about the amazing healing benefits of these natural, traditional medicines,” said Grillot.

The #ThankYouPlantMedicine (TYPM) movement was born that day, and just six months later it has exploded into a global grassroots movement whose mission is to raise awareness about the healing potential of psychoactive plant medicines and psychedelic-assisted therapy.

Incredibly, there are now 400 volunteers in 55 countries dedicated to this mission, who are spreading the #ThankYouPlantMedicine message far and wide.

The TYPM Facebook community has grown to almost 6,000 people in a matter of months, and an average of 100 a day are joining.

Co-founder Grillot, who lives in Costa Rica, said: “The growth of ThankYouPlantMedicine has been astonishing.

“People all over the world feel so passionately about plant medicines because they’ve had such powerful, transformative experiences.

“Over and over again, we hear people tell us ‘this substance didn’t change my life; it saved my life’.”

The 32 year old added: “This is why there has been such a groundswell of grassroots support. People are keen to share their wonderful healing experiences and help educate the general public who don’t yet properly understand the massive therapeutic potential of plant medicines when used responsibly with the proper care and support.

“Plant medicines such as the Amazonian brew ayahuasca, psilocybin mushrooms, African root iboga and cannabis are all outlawed as illegal drugs in Western society. Due to their psychedelic effects, these plant medicines have been stigmatised and completely misjudged by governments and health organisations.

“However, the tide is turning. Respected scientists and academics around the world have been studying the therapeutic effects of such plants, with startling positive results in the treatment of many ailments ranging from severe depression and anxiety to PTSD and heroin addiction.”

Just as powerful as the scientific evidence is the emergence of countless remarkable stories of healing through the responsible use of plant medicines at retreats all over the world.

Twenty-year heroin addictions have been cured through ibogaine, childhood abuse trauma healed by drinking ayahuasca in a ceremonial setting, and long-standing depression lifted through the responsible use of psilocybin mushrooms.

There are numerous real-life case studies that may be considered ‘miraculous’ in today’s western society, and they underline the huge potential for healing and relieving suffering.

Jonathan Glazer is co-founder of #ThankYouPlantMedicine and also lives in Costa Rica. The 41 year old said: “I believe all human beings should have the freedom to access traditional healing that in most cases are known to be safe, efficient and relatively inexpensive.

“The current prohibition is unscientific and causes many to miss out on life-expanding experiences, for no real reason.

“Enjoying our symbiotic relationship with plants is a basic human right that our ancestors understood and took part in. We’d like this to be restored.”

The #ThankYouPlantMedicine movement is focused on raising global awareness about the benefits of psychoactive plant medicines including psilocybin, ayahuasca, cannabis, huachuma, iboga, as well as psychedelic-assisted therapy with MDMA and LSD.

To achieve this, a viral gratitude campaign is being prepared to draw the attention of the mainstream media.

On February 20, the goal is to see more than 100,000 people ‘come out’ on social media worldwide with their stories of personal healing and transformation, using the hashtag #ThankYouPlantMedicine.

The campaign aims to raise global awareness of the beneficial healing aspects of these medicines – and the importance of integrating them into mainstream society, free from stigma and discrimination.

An array of scientific experts and academics knowledgeable about the many benefits of plant medicines are lending their expertise to the movement, while psychologists, authors and lecturers are also giving it their full support.

The #ThankYouPlantMedicine movement has also formed key partnerships with respected organisations including ICEERS (the International Center for Ethnobotanical Education, Research, and Service), and the Chacruna Institute of Psychedelic Plant Medicines, which produces high-quality research and properly educates the public on these substances.

The campaign is also underlining how plant medicines have positively influenced alternative healthcare, science, conservation, indigenous traditions, human rights and compassion for others.

In addition to reaching out to hundreds of organisations, media channels and high-profile celebrities, the team is also gathering the latest academic research, safety and legal information surrounding plant medicines.

This information will be featured on a non-profit website, that will also promote indigenous causes, conservation efforts and ways to get involved with this global movement.

Join us at the Psychedelic Liberty Summit

Ergot in Canada: A Lost Tradition?