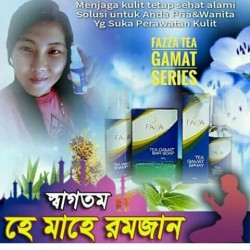 Judgment of the Amsterdam Court of Appeal in the criminal case public prosecutor/ members of the Santo Daime church Amsterdam.

It is with great sadness that we have received the judgment of the Amsterdam Court of Appeal. After almost 20 years of legal battles against criminal courts that, without exception, were won; this time, we met a court that judged differently. The main decision from this court is that the import, possession, and use of ayahuasca leads to an unacceptable danger to public health. This means that, from 28-2-2018, Santo Daime works in the Netherlands are illegal.

The Court used several arguments to come to a final judgment:

This argument, of course, is in total contradiction to the jurisprudence of the European Court of Human Rights

There are many points that leave room for appeal in this judgment. The Court completely ignores the fact that ayahuasca is not the same as DMT, and that, until now, ayahuasca is not “listed” itself. The confiscated ayahuasca contained just 0.02 % of DMT.

Another point is that, according to the jurisprudence of the European Court, the risk for public health has to be judged in concreto. Although this is grist for juridical specialists, this is a very significant point, and a point where the Dutch Supreme Court in 2007 also made a crucial mistake.

The churches have appealed to the Dutch Supreme Court in The Hague. The question is if the judges of the Supreme Court will nullify the decision of the Amsterdam Court of Appeal. If they will not, the church can go to the European Court of Human Rights in Strasbourg for the final check.

Other arguments that the Netherlands Court brought up:

Altogether, this led the Amsterdam Court of Appeal to the conclusion that the import, possession, and use of ayahuasca is an unacceptable danger to public health.

The council destroys the judgment of which appeal and does right again:

What does this all mean…?

First of all, almost 20 years ago, the Santo Daime church got legal permission to use the Santo Daime tea in their rituals. The Santo Daime churches in Holland have been legal ever since the verdict of the Amsterdam Court in 2001. Therapist-led groups and other ayahuasca initiatives were in a grey area. They assumed or pretended to be legal. Now, with this “game changing” judgment, everybody is on the same page; exactly what the prosecutor’s office wanted.

Santo Daime churches all over Europe feel beheaded of their Amsterdam mother church, with exception of Spain and Italy, where the churches can practice their religion in relative freedom.

Does this mean that the Prosecutors Office (OM) will actively chase ayahuasca providers or step into churches? All is possible; but, in my opinion, not likely. I think they have, or at least should have, other priorities. But you never know. At least for the customs, it is clear now that all ayahuasca will be confiscated, “religious tea” or not. Import is, in all cases, illegal and punishable, and people who carry the tea will be penalized.

Of course, the churches appealed to the Dutch Supreme Court. This cassation can take at least one year, but, more likely, will be decided two years from now. Luckily, this judgment of the Amsterdam Court of Appeal has some serious flaws, so we are certainly not out of hope.

At the same time, an interdisciplinary team of experts has formed to collect all the relevant juridical, medical, scientific, and social data against this court’s decision, and will publish this in a solid scientific paper.

The case can be won or lost in the Supreme Court. In either case, it is likely that there will be another court case at the European Court of Human Rights (ECHR).

So, we still have some options to get our spiritual & celestial rights.

In the meantime, Be Wise, Drink Wise, and Be Safe