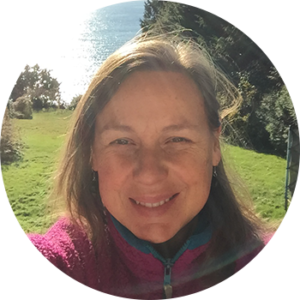 Eleonora Molnar, MA, RTC
Eleonora is a psychotherapist and she studies ethics and healing related to non-ordinary states of consciousness. She maintains a private counselling practice and is the ED of WVC Canada.

Alongside a safe supply, we need to stop criminalizing people who use drugs.

Cognitive liberty does not discriminate with respect to the variety of substances that can modify our cognition and consciousness.

Psychedelic exceptionalism is not a new topic; it has been around for some time and numerous articles have been written about it. Psychedelic exceptionalism claims that so-called less-risky or less-addictive drugs (e.g., cannabis, psilocybin mushrooms, MDMA, ayahuasca) are sounder and safer for people to use than other drugs (e.g., heroin, alcohol, methamphetamine, cocaine). Psychedelic exceptionalism is particularly evident in psychedelic decriminalization efforts where the focus is only on psychedelics and not on other drugs. The distinction between what some people call “hard drugs” and “soft drugs” is not useful. Cognitive liberty does not discriminate with respect to the variety of substances that can modify our cognition and consciousness. I support decriminalizing all drugs, psychedelics included.

Drugs as a Way to Self-Medicate Trauma

It is worthy of note that BIPOC people, people living in poverty, the homeless, veterans, and those that have been in prison, are disproportionately represented as people who use drugs, often “hard drugs.” There are a number of reasons for this correlation, the primary one is the experience of trauma, in addition to other factors, such as health inequities and social and economic inequalities, including systemic racism, classism, sexism, able-ism, xenophobia, and homophobia, among others. For many years, the media has strengthened the stereotype of BIPOC as drug users, as opposed to those associated with the white middle and upper classes. Of course, there is also a lack of willingness in dominant power structures to view and treat problematic substance use as a health issue instead of a criminal one.

The Context of Risk Reduction in British Columbia

Healthcare in Canada is universal and publicly funded, as I believe that all healthcare need be. The risk reduction services provided in British Columbia, some highlighted here, may be unique in Canada. The innovation that happens in BC is likely a result of the dire situation faced in the Downtown Eastside of Vancouver, where there are high rates of homelessness and substance use.

In 2016, the BC Provincial Medical Health Officer declared a public health emergency under the Public Health Act in response to increasing overdoses and overdose deaths in our province.

This recent epidemic is characterized by a growing number of deaths due to illicit fentanyl. Fentanyl only started appearing in US and Canadian markets over the last eight years. In 2012, fentanyl was associated with four percent of fatal overdoses and, in 2018, it had increased to 87 percent.

Clearly, a safe, unadulterated drug supply would end the public health emergency. Additionally, initiatives to reduce stigma associated with people who use drugs and the decriminalization of all drugs would also be advantageous.

Risk reduction is an evidence-based practice that prioritises the health and welfare of all people, guarantees universal human rights, and promotes social justice.

Risk Reduction Saves Lives When it is Available

Risk reduction is an evidence-based practice that prioritises the health and welfare of all people, guarantees universal human rights, and promotes social justice. I believe that it needs to be offered everywhere so it can continue to save lives and create more choices for people who use drugs.

A Variety of Risk Reduction Initiatives are Needed

Overdose Prevention Sites(OPSs) are often provided in homeless shelters and supportive housing facilities and they provide a place where a person can be safely monitored, often by paid peers, while using drugs and treated immediately if they overdose. OPSs also offer drug testing, provide risk reduction supplies, and offer risk reduction education and referrals. Basically, OPSs are places where people can feel safe using drugs.

Supervised injection sites (SISs) are medically-supervised facilities that provide a hygienic environment and supplies where people can consume illicit drugs in a supportive way. These facilities operate under a Health Canada exemption from prosecution under federal drug laws. SISs strive to decrease the adverse health, social, and economic consequences of drug use without requiring abstinence. They are beneficial because:

Insite is a legal supervised consumption site that opened in 2003 in Vancouver’s Downtown Eastside, where there is a high number of people who use drugs, often by injection.

There have been more than 3.6 million visits to inject illicit drugs without any deaths. Risk reduction initiatives saves lives.

The BC Centre for Substance Use published  a report entitled “Heroin Compassion Clubs: A Cooperative Model to Reduce Opioid Overdose Deaths and Disrupt Organized Crime’s Role in Fentanyl, Money Laundering and Housing Unaffordability.” It outlines how people who use drugs could form cooperatives or “co-ops.” Membership would require a visit with a doctor who would evaluate each individual’s use of opioids. Then, members could pool resources and bulk-purchase opioids from regulated suppliers. They could obtain diacetylmorphine and hydromorphone and use those drugs as relatively safe alternatives to adulterated substances found on the street. “By aggregating their purchase orders and relevant resources, members are able to take advantage of volume discounts, price protection, shared storage and distribution facilities and costs, and other economies of scale to reduce their overall purchasing costs.”

Vancouver is now home to a biometric opioid vending machine. The vending machine is located in Vancouver’s Downtown East side, next to an OPS. The MySafe Project is led by Dr. Mark Tyndall, a professor of medicine at UBC’s School of Population and Public Health.

The 800-pound machine works kind of like an ATM to dispense hydromorphone to people who are registered opioid users[CC4] . It scans the vein pattern in a person’s palm, and then dispenses a small box with a safe dose of hydromorphone. MySafe is also developing an app so people can track their drug use. Dr. Tyndall believes this project will help people who use drugs by giving them more autonomy; allowing them to pick up supplies at their convenience without having to visit pharmacies at specific times for witnessed dosing.

B.C.’s Provincial Medical Health Officer has recommended the province move swiftly to decriminalize possession of illegal drugs for personal use, saying the years-long overdose crisis needs to be treated as a public health issue, not a criminal justice matter.

Dr. Bonnie Henry says: “Given the success of the Portugal model, and faced with the restrictions and partial successes of BC’s response to the overdose crisis, the Provincial Health Officer of BC recommends that urgent additional steps are needed to address the unrelenting toll of mortality experienced by individuals who are using illegal drugs. Specifically, that the Province of BC urgently move to decriminalize people who possess controlled substances for personal use, as a necessary next step in responding to the overdose crisis in BC.”

Interestingly enough, the Canadian Association of Chiefs of Police is also asking federal lawmakers to decriminalize the possession of small amounts of illegal drugs for personal consumption.

Individuals seeking illicit substances to prevent withdrawal gamble with overdose and exposure to and transmission of COVID-19.

Covid 19 Allows for Safe Supply in BC

“Risk Mitigation in the Context of Dual Public Health Emergencies (Interim Clinical Guidance),” created by the provincial government and the BC Centre for Substance Use, provides guidelines to support individuals with substance use disorders to self-isolate or social distance and avoid risk. The recently published document guides prescribers on how to offer safe supply for vulnerable people during the COVID pandemic. Interestingly, the pandemic has created an opportunity for safe supply; something drug policy reform advocates have long been working towards. The guidelines provide support for individuals who may be at increased risk of overdose, withdrawal, craving, and other risks related to their drugs because the supply has become more adulterated and toxic and there is limited street availability. Individuals seeking illicit substances to prevent withdrawal gamble with overdose and exposure to and transmission of COVID-19. As a result, best practice involves a physician writing a prescription for safe drug supplies available through a pharmacy. Safe supply is desperately needed, but what happens to people’s ability to access it after the pandemic? It is unethical to simply take it away.

Risk reduction and decriminalization are social justice movements that respect the rights and dignity of people who use drugs. Risk reduction and decriminalization involve policy work, community development, and activism to reduce stigma and change detrimental drug policies. Those in the psychedelic space can take more action to entirely end the War on Drugs against people who use drugs, not just those who use psychedelics.

All for one, one for all.

What do Santo Daime and Raves Have in, Common? The Answer Might Move You