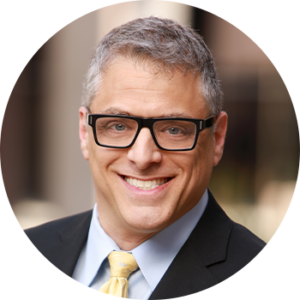 Gary Michael Smith, J.D.
An attorney with Guidant Law, Gary Smith is at the forefront of psychedelics and cannabis and law in Arizona. He authored Psychedelica Lex, the first book examining laws governing psychedelics.

The past decade of my nearly 30-year career as a lawyer has been spent practicing cannabis law in Arizona. In that time, I have had a front row seat to the joy and all-too-frequent trauma of trying to get plant medicine laws to change. My experiences are as true and representative for psychedelics as they are for cannabis.

Public Initiatives Offer a Path Around Some State Legislatures

Fortunately, when legislatures refuse to act to promote change, there is, for many lucky citizens, a second option: the public initiative. Explained below, public initiatives are a method by which citizens may bypass their legislature and enact laws through direct vote at the ballot box. Indeed, around the country, a few plant and fungi medicine citizen initiatives are going to ballot in November to try to change state laws, including Oregon’s psilocybin initiative, IP 34, and my home state of Arizona’s recreational cannabis initiative, Smart & Safe Arizona. There are others and some, like District of Columbia’s Initiative 81, take a very different approach. More initiatives are expected in the coming years.

Every initiative represents, in effect, curricula in a living university. Each provides a real-time view into how different communities are dealing with the legislative and public policy obstacles that arise in the effort to bring a modern approach to traditional entheogens and other psychoactive medicines. No state legislature yet—and certainly not the federal government—has taken the audacious first step towards serious change. So, citizens like you and me sometimes band together to try to make the legal changes that state legislatures are not yet brave enough or educated enough to make. The contrasting experiences of Oregon and Arizona this year are perfect examples and worth your time to study. But this virtual university is also a cautionary tale both to citizens (about how difficult and expensive initiatives can be), and to legislatures (who when abdicating responsibility, allow initiatives to flourish).

Public Initiatives are Difficult and Expensive

Grassroots organizations looking to emulate Oregon, or Denver, or D.C. take heed, Oregon makes initiatives look deceptively easy. Yes, I know Oregonians worked hard for it. As I will explain, Arizona’s experience with mere cannabis has been palpably more difficult. In the instance of Arizona’s cannabis initiative, the foes are going down swinging. Arizonans for Health and Public Safety filed a last-minute lawsuit seeking to stop Arizona from allowing the recreational marijuana initiative onto the ballot; they literally did not want the public to vote on it. Even Arizona’s Governor weighed in at the last minute to oppose the initiative. Thankfully, the Arizona Supreme Court ruled quickly in late August, saving the initiative, which now appears on the Arizona ballot for November 2020. From here on out, the rest is up to Arizona voters.

In the public discourse over plant and fungi medicines and other psychedelics, local politics and local culture loom large.

In the public discourse over plant and fungi medicines and other psychedelics, local politics and local culture loom large. Consider the contrasts in states that are near mirror image; most of Oregon’s federal elected officials are Democrat, Arizona’s Republican. The concept of mushroom legalization in liberal Oregon is easily more conceivable than Ye Olde Worlde conservative Dakotas or Kansas warming to cannabis (three examples of the last seven states yet to update cannabis laws).  And Arizona? It is in midst of a political identity crisis, so let’s paint it a shade of apoplectic purple.

Remember, initiatives come about, because legislatures don’t act on popular movements. Legalization struggles in Arizona and Oregon reveal an enduring disconnect between public desire and legislative perception. But both demonstrate that the right of initiative is a valuable and essential instrument of democracy. Unfortunately, only 24 states allow public initiative, so not everyone may follow the example of Arizona or Oregon. Sorry, there is no such thing as a federal public initiative. But, if you live in one of these lucky states, you have an additional pathway for possible change at the local level.

If you are new to voter initiatives or if you just want a great resource for research, the Initiative and Referendum Institute at the University of Southern California (IRI) is a non-partisan educational organization dedicated to the study of the initiative and referendum, which it refers to as “the two most important processes of direct democracy.”  In a further hat tip to our beloved Oregon, IRI states that its database lists all statewide initiatives to appear on the ballot since the nation’s first ever statewide initiative, coincidentally in Oregon. Oregonians, keeping democracy real since 1904!

Consider that, with a population of 7.2 million, Arizona collected 420,000 signatures, nearly twice what is needed to qualify its initiative for the ballot. With that large a statistical sampling, it is unambiguous that Arizonans want cannabis laws to change, and they have for a long time. Arizona’s legislature should have taken up the issue. Yet, instead of enacting reasoned regulation of any sort, the legislature opted to assume a hardline of inaction, thereby inviting initiative.

So Long as a Law Passes, Who Cares If It Is By Legislature Or Initiative?

The method of law passage makes a huge difference. Passage of law through an elected body of representatives is how laws are supposed to be made.  Remember School House Rock? I’m just a bill? That is what I am talking about.

Rather, initiatives are a check against rogue legislatures who ignore their citizens on matters of great public interest.

Initiatives are not meant to be coexistent with or replacements for legislatures. Rather, initiatives are a check against rogue legislatures who ignore their citizens on matters of great public interest. It is the legislature’s job to enact laws to serve the will and welfare of their communities. When legislatures do not, the public in roughly half the states can pursue change on their own. But that path is not without its problems.

One of the singular biggest problems with initiatives is that most states lack strong voter protection elements in their public initiative laws. In such states, like Oregon, the legislature can nullify or neuter an initiative after it passes. All the effort, all the campaigning, all the money spent, lawsuits filed, protests marched, speeches made, etc., can be for naught.  A legislature can undo an unprotected initiative. In 1998, Arizona “fixed” that problem when Arizonans—by initiative—created the Voter Protection Act (VPA). VPA prohibits the Arizona governor from vetoing initiatives and only allows amendment of initiatives by a three-fourths vote in both chambers of the Arizona legislature, and only to further the purpose of the measure. Unironically, VPA was created after the Arizona legislature gutted Arizona’s original medical marijuana initiative in 1996. Since the likelihood of fetching supermajority votes in a legislature is rare, initiatives in Arizona are not merely extra-legislative, but effectively also super-legislative.

Arizona may be on the cusp of bringing about the birth of a chimeric cannabis industry that simultaneously wrote its own laws and effectively placed itself outside the purview of the legislature.

So, What’s the Big Deal?

Arizona may be on the cusp of bringing about the birth of a chimeric cannabis industry that simultaneously wrote its own laws and effectively placed itself outside the purview of the legislature. This may be the first time in modern American history that an industry has accomplished such a feat, and there is no roadmap for what resides on the other side.

To anyone frustrated by their legislature’s unwillingness to take up plant and fungi medicine reform, the prospect of industries beyond the reach of a legislature might be welcomed. Given centuries of discrimination against plant and fungi medicines, it makes sense to want to be beyond a hostile legislature’s influence. But, in the long term, a super-legislative structure could shortchange the public. It makes corrections and improvements to law harder. Sadly, one also can imagine that an industry beyond a legislature’s reach will be fertile for mischief, leaving little more than hope that the public will recognize the difference between bad actors and bad medicine.

What is the Right Solution?

Unprotected initiatives may be aided, and even survive, post-election interference by a dubious legislature by covering all the life, health, safety, and public equity topics that typically arise, from child safety to addiction treatment, to allocation of taxes, and social justice.

Likewise, initiative campaigners should expect and prepare for expensive opposition to continue, even beyond election day. Unprotected initiatives may be aided, and even survive, post-election interference by a dubious legislature by covering all the life, health, safety, and public equity topics that typically arise, from child safety to addiction treatment, to allocation of taxes, and social justice. In other words, the better and more socially conscious an initiative is, the greater the chance it succeeds at the ballot box and survives beyond election day.

The surest path to reform comes from winning hearts and minds; votes alone may never be enough. The lesson here is, of course, public education. When it comes to psychedelics, there are decades, if not centuries, of propaganda and misinformation to overcome.  Consider how the Spanish Inquisition acted toward peyote in the 1600s: The Inquisition labeled peyote “diabolical” and literally burned people at the stake for its use. Vestiges of that mindset are alive today. For those like you and me who better understand the truth of these gifts of nature, the most important thing we can do is to educate the masses.

Is Psychedelic Medicine the Antidote to Anti-Black White Racism in the US?